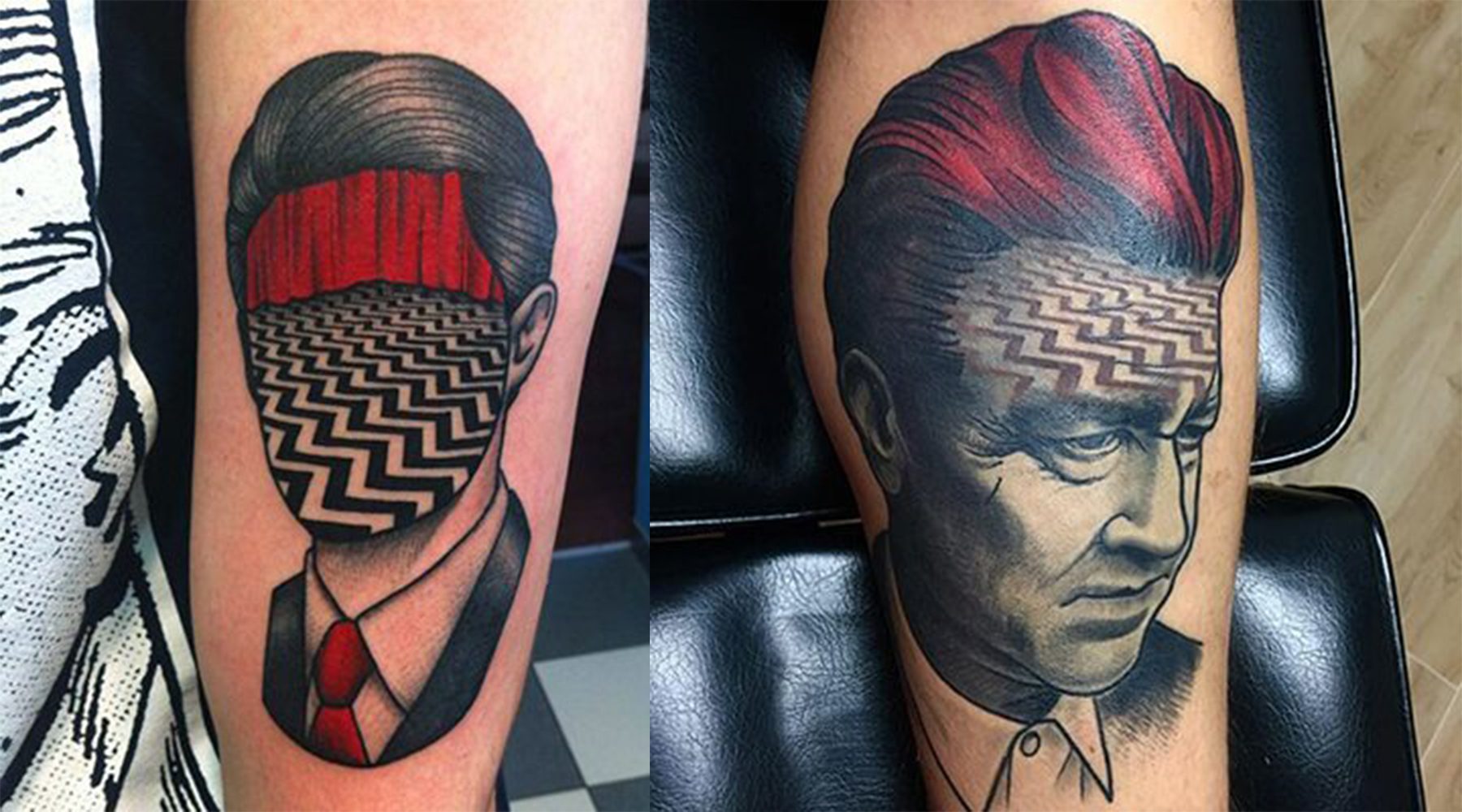 Considered one of the greatest television series of all time, Twin Peaks left us with a cliffhanger ending in the 90’s, and made its grand return just this year. Created by renowned filmmaker, David Lynch and his partner, Mark Frost, this television series told the story of a murder mystery in the idyllic fictional town of Twin Peaks. Combining elements of horror, soap opera, and quirky humor, it rapidly developed a cult following, and today its fan base is bigger than ever. Below, we’ve put together a list of 12 ‘damn fine’ Twin Peaks themed tattoos that commemorate the show’s distinctive characters and events.

Tattoos from the peak

Oh, the ‘Red Room’- it perplexes us all. At first, we thought this might have been a realm that only manifested in Agent Cooper’s dreams, but later on we discover that it’s an extradimensional place connected to the Black Lodge. With its unending red curtains and chevron patterned floor, we can’t help but be intrigued by the mysteries enveloped in this strange place. 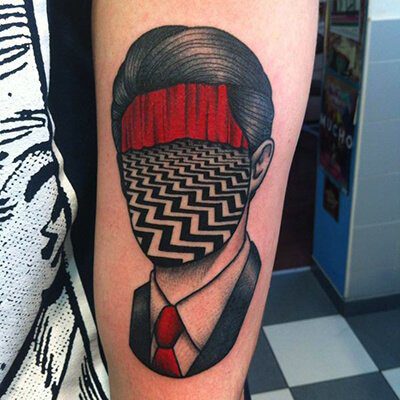 Here, we see the Red Room across David Lynch’s own forehead. He is, after all, the genius who dreamed of the curtained room in the first place. 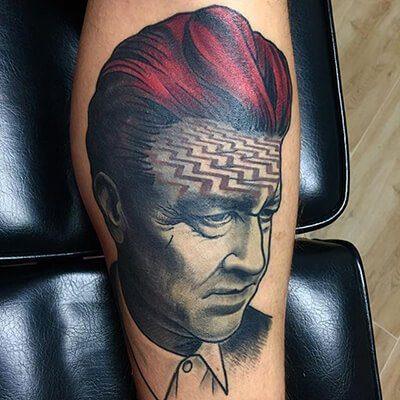 Throughout the first two seasons of Twin Peaks, we see Agent Cooper notoriously leave memos to an anonymous woman named Diane. Hopefully we’ll find out who she is in Season 3! 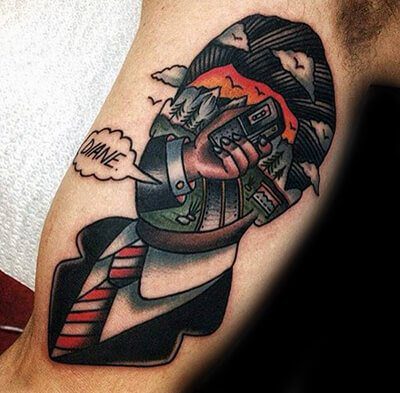 4. Fish in the Percolator:

The ‘fish in the percolator’ is a paradigm example of one of Lynch’s signature uncanny film moments. The moment is the perfect blend of unsettling and odd. 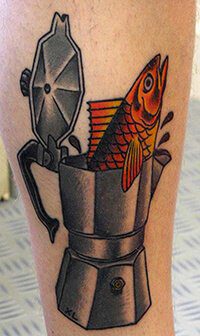 Twin Peaks wouldn’t be the same without the town’s fondness of pie and coffee. You can always count on secret exchanges, friendly encounters, and outstanding pie at the R&R Diner! 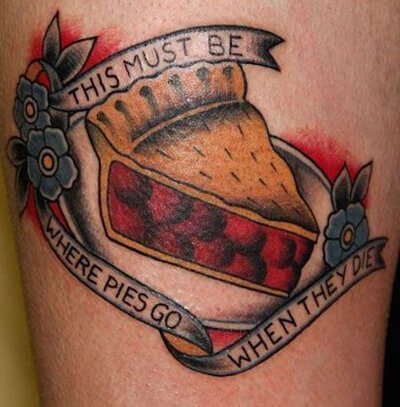 We all love the understated presence of the eccentric yet endearing character, colloquially known as the ‘Log Lady.’ She tenderly carries a log with her everywhere she goes, delivering important messages it tells her to people she encounters. 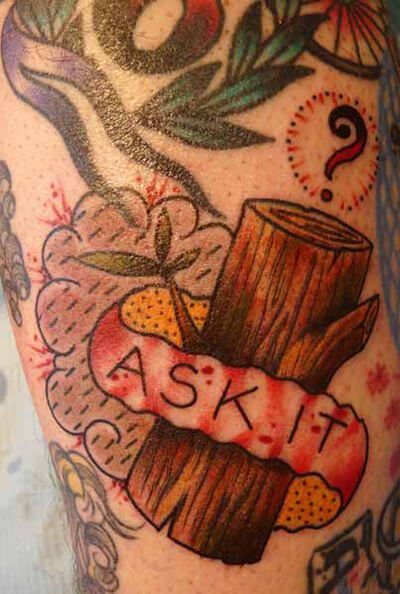 In the Red Room, Laura holds her hands at a 90 degree angle while uttering the word ‘meanwhile.’ While this gesture is never explicitly explained, many have speculated that she is signaling an upcoming turn in events. 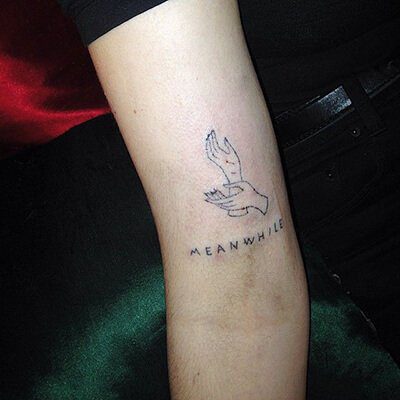 The candid scene of a perched bird is the classic intro to the Twin Peaks series. Its serenity belies the series of horrid events to come! 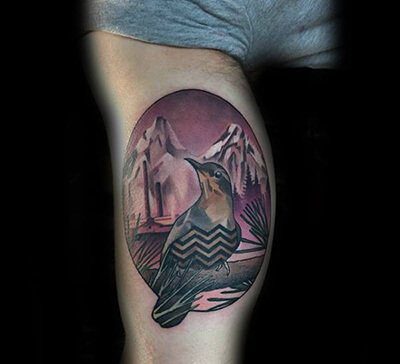 Alongside Twin Peaks, Lynch created a film titled ‘Fire Walk With Me,’ which was designed as a prequel to the Twin Peaks story. In this film, viewers get a more elaborate backstory and learn more about Laura Palmer. 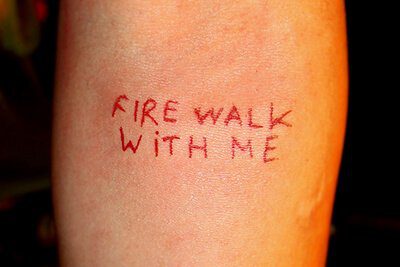 Agent Dale Cooper is the main character in the Twin Peaks series. He’s an FBI agent who is strangely optimistic and in love with coffee. 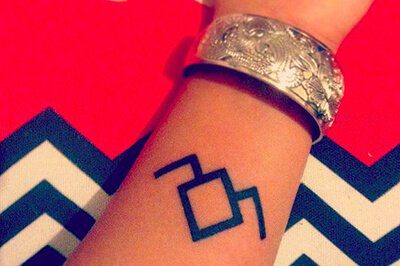 ‘The owls are not what they seem’ is one of the mysterious clues that the Log Lady delivers to the town people. There’s no other show quite like it: with its dark humor, mind-bending surrealist moments, and endearing but also shocking small town characters, Twin Peaks is a series that has captured the interest of people across the world. Whether you’re a diehard Lynch fan, or you’re nostalgic for the series, these Twin Peaks tattoo designs make eye-catching pieces of body art.