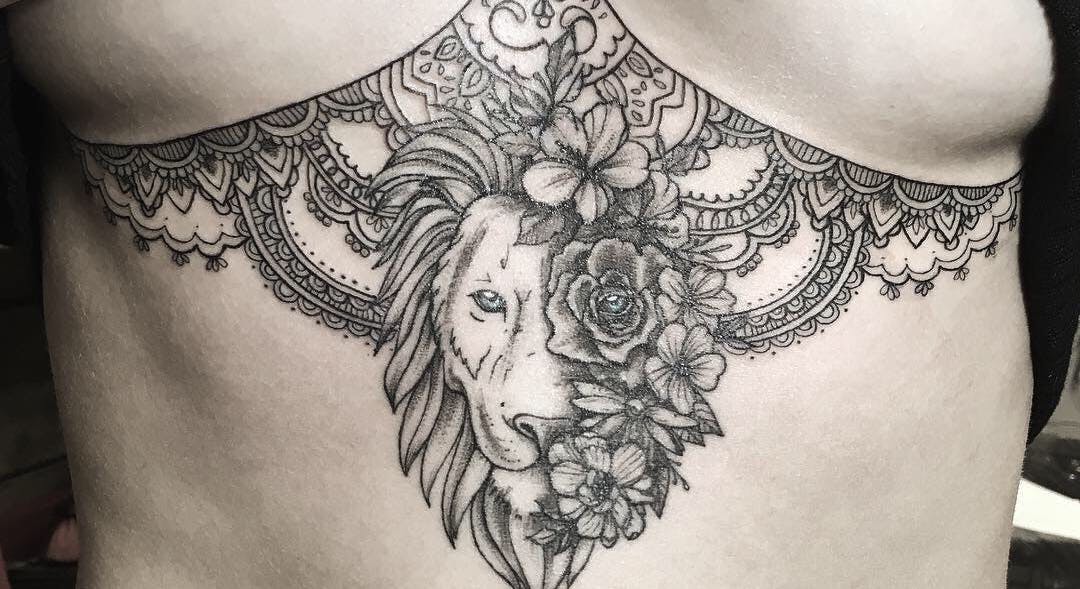 Underboob tattoos are a super hot trend for women’s tattoos, and that’s definitely not a bad thing! With the sun shining and the clothes coming off, you’re guaranteed to see some underboob body art this summer. Rihanna started the trend, and, thankfully, it’s not going anywhere anytime soon. If you’re looking for inspiration for an underboob tattoo, you’re in the right place! These are 13 of our favorite underboob tattoos.

Check out these awesome tattoos then read about them below: 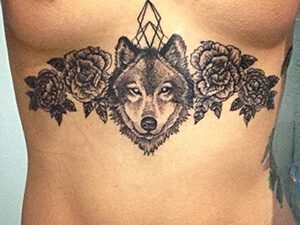 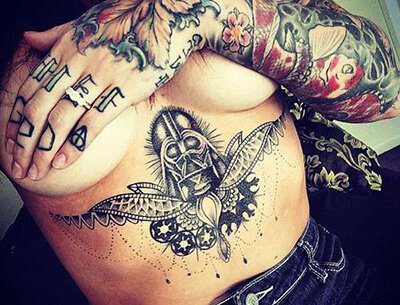 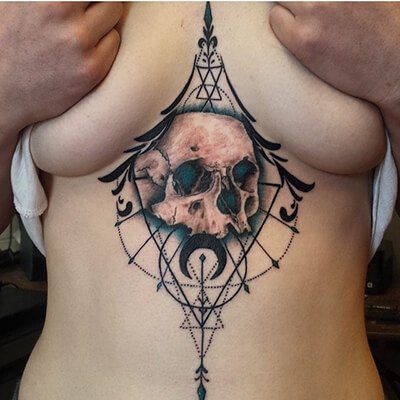 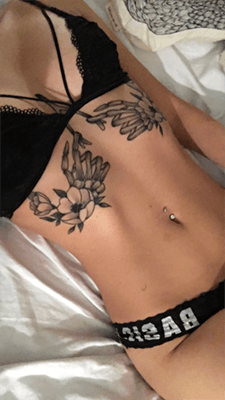 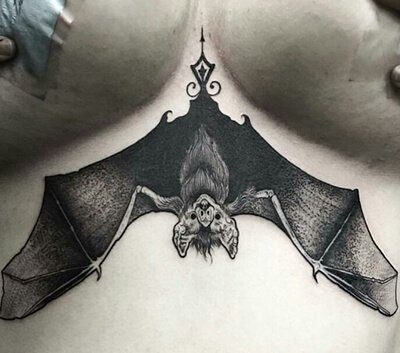 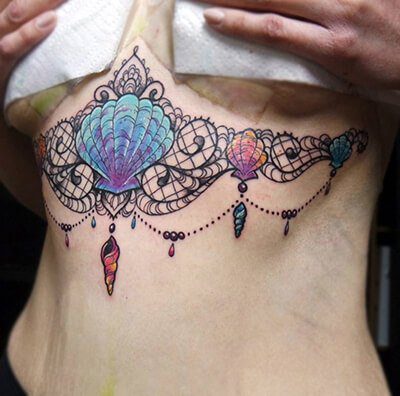 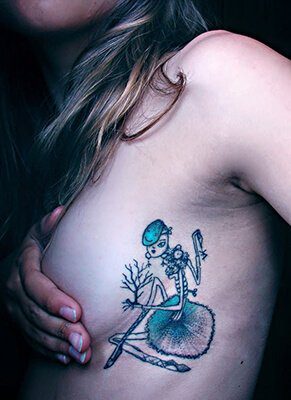 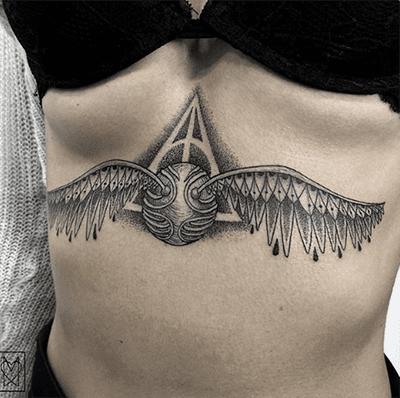 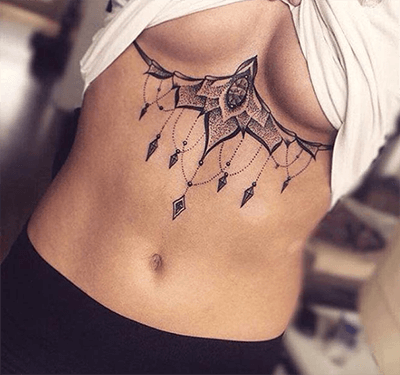 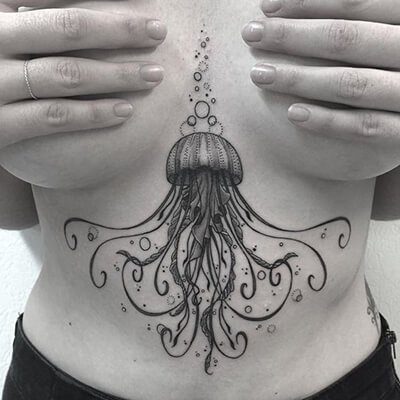 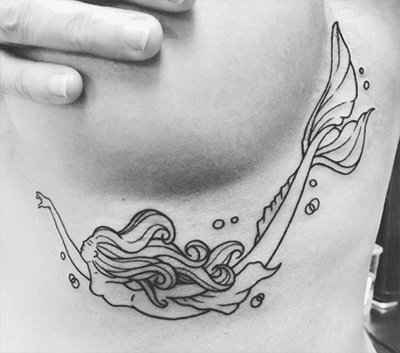 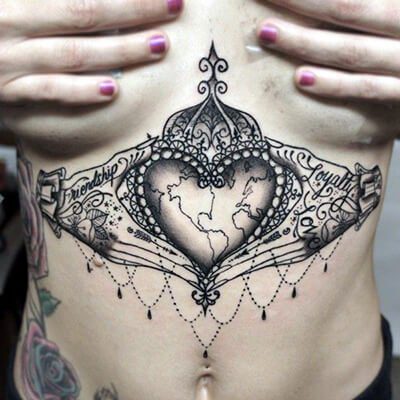 Global Claddagh
The claddagh is an Irish symbol that means all of the things listed in this tattoo: love, loyalty, and friendship. This person’s claddagh has a map in the middle of the heart, which could mean that she has people all over the world that she has this sentiment toward. It’s a really well done, and very detailed tattoo.

Mermaid
Such a simple underboob tattoo, but so beautiful. It’s just a swimming mermaid, but she’s well designed, and hugs the curves of this woman’s body perfectly. A minimalist underboob tattoo at its finest!

Jellyfish Float
There are some crazy intricate details in this jellyfish underboob tattoo. He’s floating, and you can see each and every bump in his design – you can practically see the texture in the depth of this tattoo. Unique, and awesome.

Crystalline Flower
This looks like a lotus flower meets crystals, and makes for a gorgeous underboob tattoo. It’s got kind of chandelier look going on, but we think it’s pretty rad.

Flying Snitch
Harry Potter fan in the house! This woman is a winner, which she makes clear with the fact that she’s always got the golden snitch.

Wind-Up Ballerina
We can’t get enough of this creepy under/sideboob tattoo. If you look closely, you can see that she’s a windup skeletal ballerina. The color adds to it, and makes it one of our absolute favorite underboob tattoos.

Rihanna’s Isis
We couldn’t make a blog post about underboob tattoos without mentioning Rihanna’s. The goddess Isis is spread across her sternum and hugs under her breasts. This tattoo is apparently in honor of her grandmother.

Mermaid Inspired
We like this neat, under-the-sea inspired underboob tattoo. It’s made up of netting and colorful seashells – it almost looks like a mermaid headpiece or tiara. We dig it.

Hangin’ Out
An upside down hanging bat underboob tattoo is one of the more unique ones we’ve come across. It’s a pretty realistic design, with a lot of great shading and detailing. This is the perfect underboob tattoo for Halloween!

Dream Catcher
There’s a touch of illusion to this side/underboob tattoo; it looks like equal parts chandelier and dream catcher. The hanging pieces remind us of the bottom details of dream catchers. There’s a surprising amount of detail in this tattoo too; the feathers and gems have a lot of depth.

Wiccan Cool
There’s a spell waiting to happen with this underboob tattoo. It looks like a wiccan diagram, with a skull in the centre, which adds a whole new creepy factor to this tattoo. It’s another unique example of an underboob tattoo, and we’re down!

The Force Is Strong With This One
There’s a lot going on with this tattoo, and the star of the show here is the stormtrooper in the top centre! It’s designed to look like a bee at first glance, but it’s clearly a stormtrooper in there. Tons of detailing in this tattoo make it one of the best underboob ones yet!

There’s no shortage of underboob tattoos out there to see, and these are just some of the amazing designs that are out there.