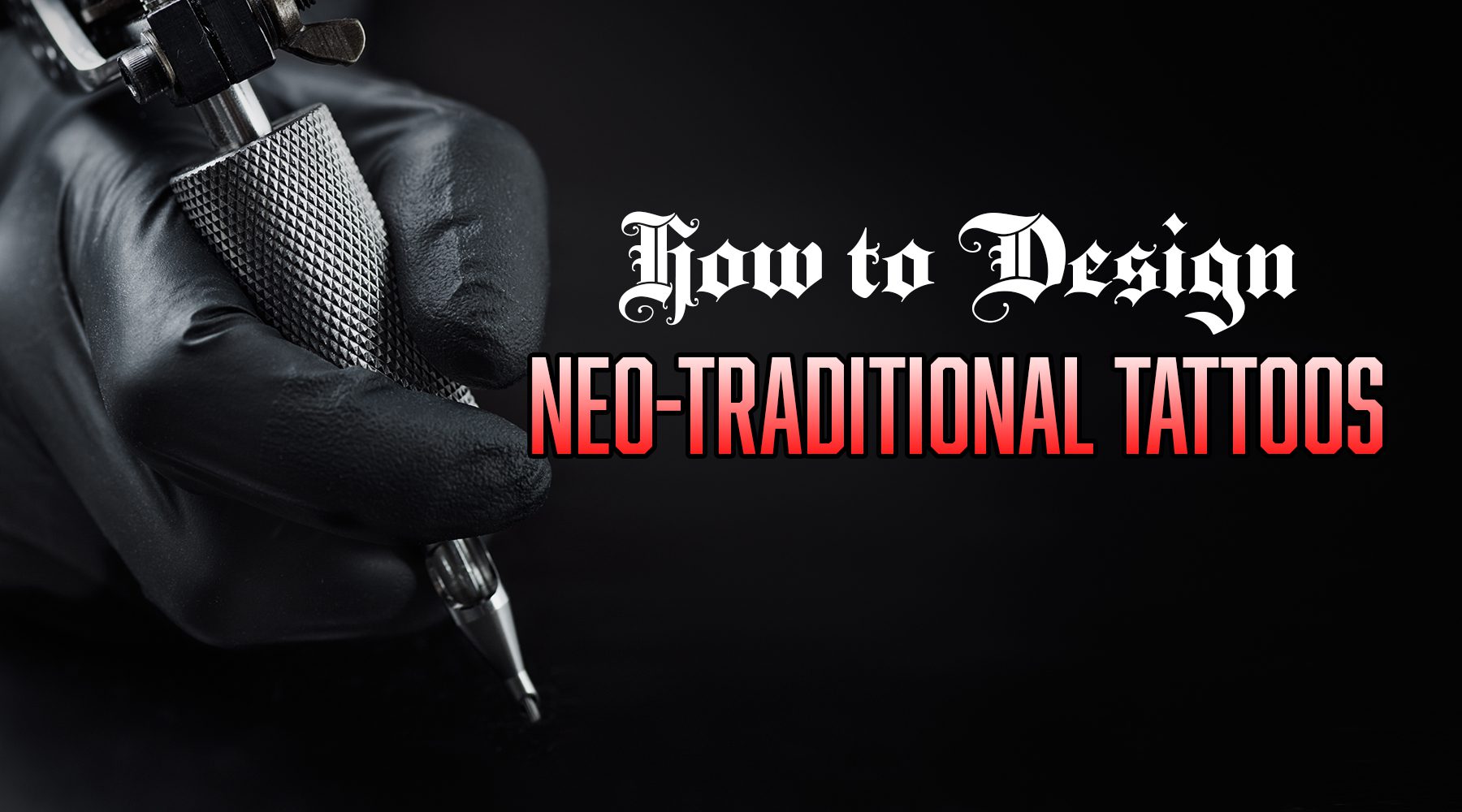 How To Design Neo-Traditional Tattoos

The Neo-Traditional (or ‘New’ Traditional) tattoo style isn’t the most recent, as the name would imply, but it’s not the oldest either. Brazilian tattoo artist Renan Batista explains that “Neo-Traditional is quite new, it has probably [been around for] 10 or 15 years, and [has] a huge European influence as background”. Whereas Traditional style heavily features American influences and motifs, Neo-Traditional expanded on these classics by using inspiration and techniques from European artists and styles.

After the 1970s resurgence of tattoos, there were major innovations with tattoo machines and the inks used, so a wider variety of color options became available. This new tattoo movement still used American Traditional techniques, but with wider linework and a broader color spectrum. As the style evolved, more modern content was included in Neo-Traditional designs, but still in keeping with the esthetic of Traditional tattoos. Cartoon imagery, for example, started to become apart of Neo-Traditional designs, but the depth and lines still speak of a clear influence from the Traditional style.

There are some key elements that make a tattoo Neo-Traditional in style, and once you know what to look for, you’ll be able to tell the difference between Neo-Traditional, Traditional, and New School tattoos. It’s important to know this, so that you know exactly which style to refer to when you’re reaching out to an artist. 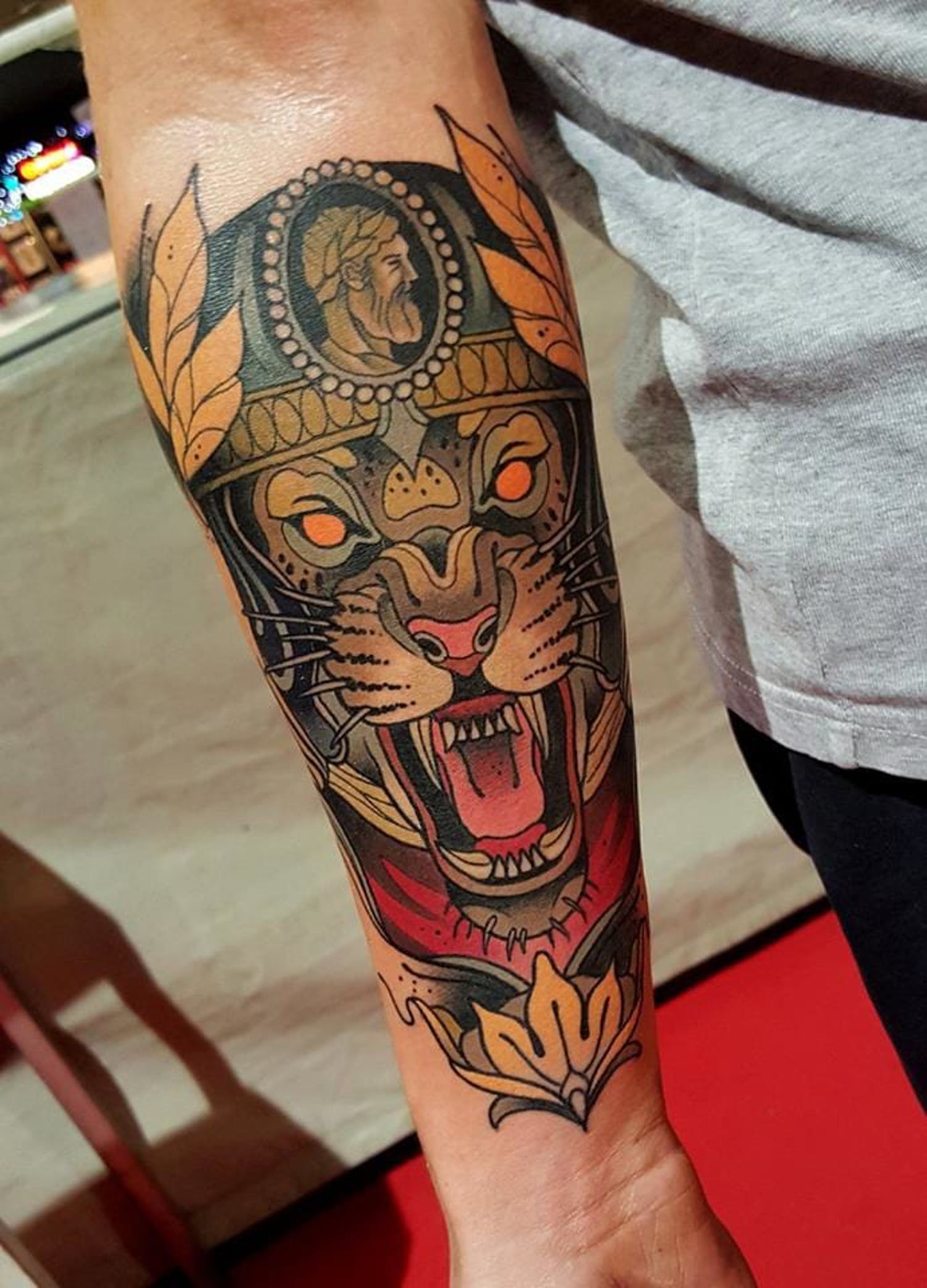 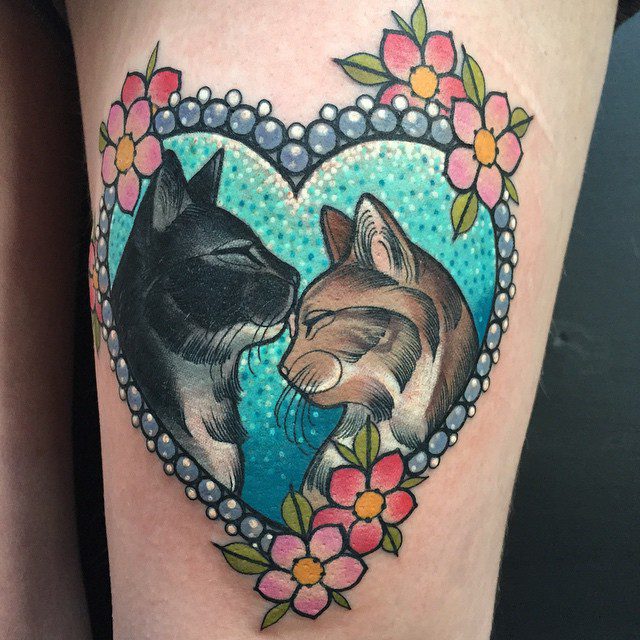 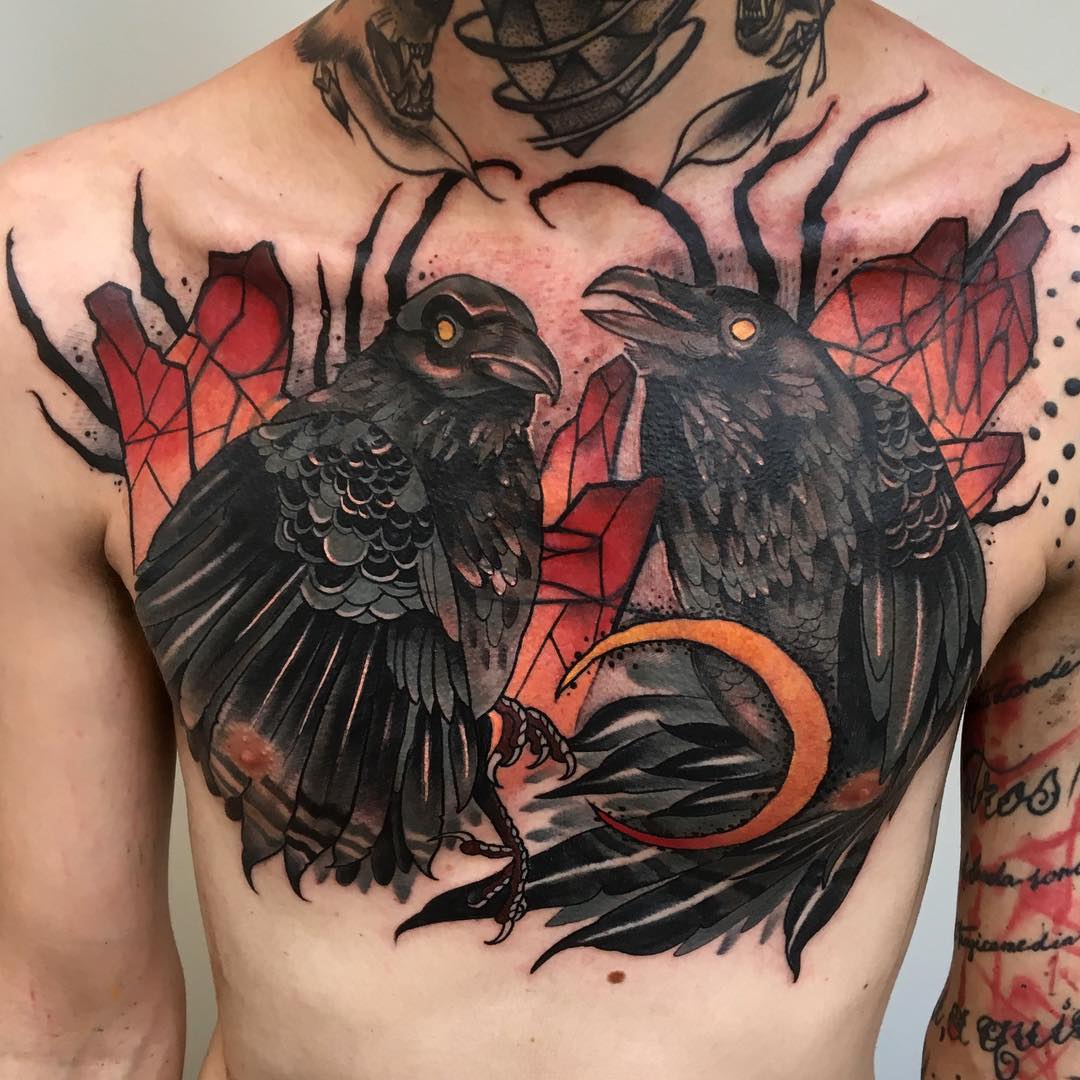 Differences Between New School and Neo-Traditional

New School and Neo-Traditional tattoos can look very similar, but they are very different tattoo styles. There are some key ways to tell the difference between the two, though, so that you’re clear on what you’re looking for in terms of tattoo styles. Neo-Traditional tattoos tend to have a lot of influence from Traditional content, meaning they honor a lot of military motifs and classic American designs, with the addition of color pigments that are outside of the primary color spectrum. New School tattoos, however, are heavily influenced by pop and graffiti culture, so the content is a lot more modern. Color-wise, New School tattoos include vibrant, bold colors in the design, well outside of the spectrum that would be used in most Neo-Traditional designs.

You can also tell the difference between the two styles by looking at the depth of the tattoo design. Does it look like it’s popping off of the skin, with a clear 3D effect? Then you’re looking at a New School design. Neo-Traditional tattoos are flatter in appearance, with a 2D look, whereas New School tattoos have a ton of shading to create a new level of depth to the design. Both styles employ bold linework, but it’s the shading, color scheme and content that dictates which style is which.

When you’re coming up with your tattoo idea, it’s good to start by picking where you want your new ink to go. The placement of your tattoo affects the design, because there are things to consider with each different body part – the skin elasticity, the amount of friction it will encounter, the contours of that particular area – all of these things will be worked around by your artist once you send in your idea, so first things first, choose the placement.

As long as you know that you want a tattoo done in the Neo-Traditional style, all you need to do is give your artist a rough idea of what you have in mind. Tell them where your inspiration comes from, or better yet, send them photos of what you used to get your idea from. Once you’ve given your artist all of the info you want included in your tattoo, they’ll take what you’ve said, and create a custom work of art.

For Neo-Traditional tattoos, color is key, so if you aren’t sold on a specific color scheme, let your artist know that they have creative freedom to add whatever colors they think would go best with your chosen design. On the other hand, if you do want a specific color included, make sure you inform your artist before they start on the design.

Most Neo-Traditional designs take inspiration from classic American Traditional motifs, with the addition of a new color palette and modernized designs. Some of the most common Neo-Traditional design choices tend to involve nature or animals, specifically tigers, lions and wolves, due to the rich meanings behind these tattoo designs.

Additionally, a lot of Neo-Traditional designs include women, lighthouses, and daggers – all of which are common designs in the Traditional style as well. These classic designs are taken and given up a modern flare and more vibrant colors, to bring it the Neo-Traditional realm.

Neo-Traditional tattoos are a modern take on a classic style, and is likely to be a longstanding tattoo genre. You have a lot of options for designs and creativity with Neo-Traditional tattoos, and a broader range of colors to choose from. When you’re coming up with a design idea, keep in mind that a lot of these tattoos take inspiration from American Traditional, but there are no limits to what you can include as far as content. Know the differences between Neo-Traditional and New School tattoos before requesting your ink, so that you’re getting the style you really want.