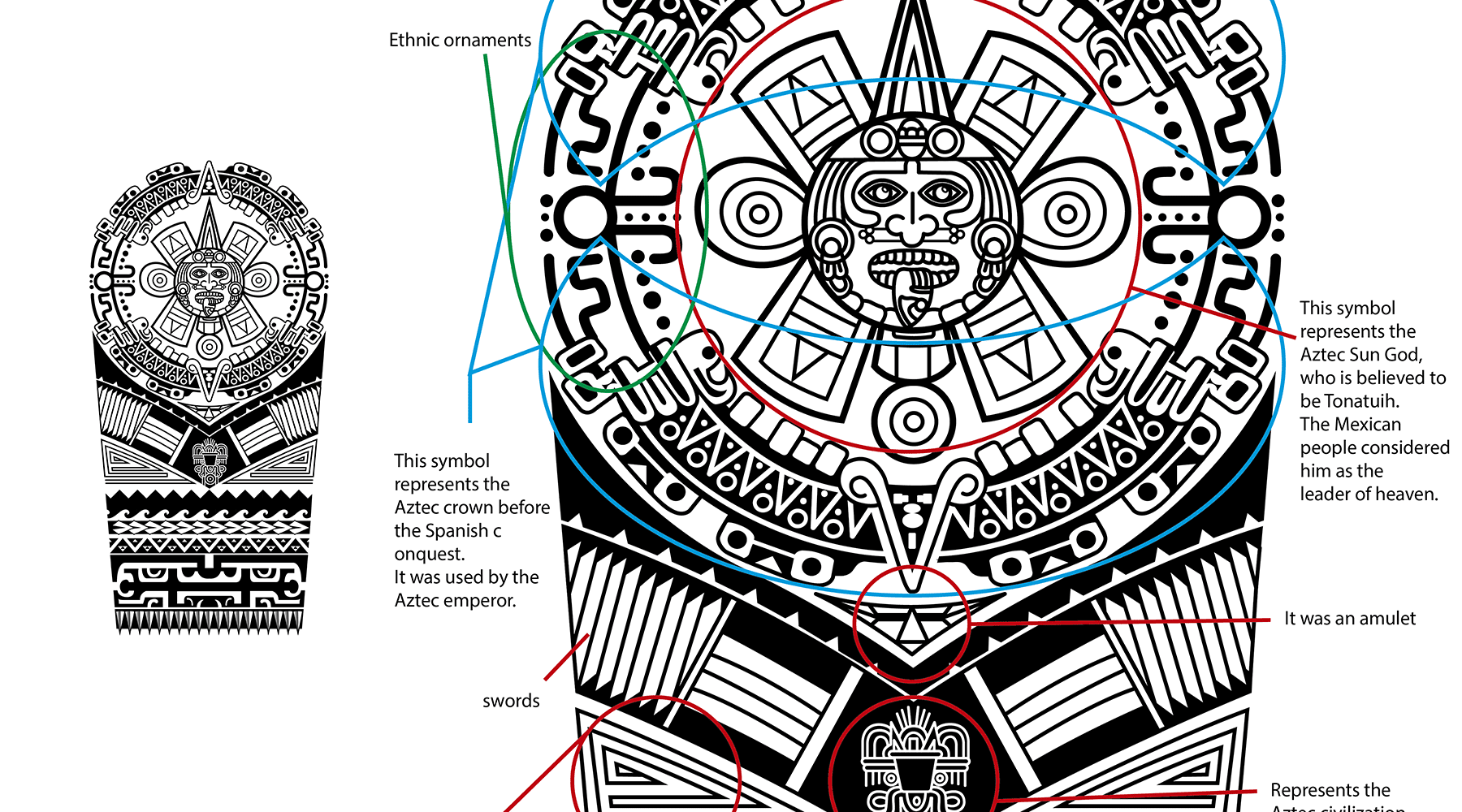 Tribal Tattoos: History of the World’s Most Common Tattoo Design

The term “tribal tattoo” is something that gets thrown around often, but it can actually have two different meanings. These days, “tribal tattoo” has most frequently come to be a way to refer to a specific tattooing style characterized by areas of solid black and curving, abstract forms. However, tribal tattoos are much more than that. This term can actually also refer to the long, extensive history of tattooing amongst tribal people in places all over the world, especially among the Maori, Samoan, Iban, Chinese, Japanese, and Celtic cultures.

If you’re a tattoo lover, artist, or simply have an interest in the origins of tattooing practice, learning about the long, fascinating history of tribal tattoos can truly enrich your understanding of where tattooing comes from and what it has come to mean today. In this article, we’ll explore the rich, extensive history of tribal tattoos from their largely Polynesian roots to the adoption of them by North American culture, as well as where they may be expected to go in the future.

It’s undeniable that this tattooing style and practice has become an important part of our culture. Here, we explore why that may be the case.

Tattooing has been a part of human society for thousands and thousands of years, especially in tribal cultures – tribal meaning people who live in family-, clan-, and lineage-based units with social and ideological solidarity, of which there have historically been thousands all around the world, many of which practiced tattooing. For the sake of this article, we’ll mostly focus on Polynesian tribes, including the Maori, Tahitian, and Hawaiian traditions, from which the modern tribal tattoo style is primarily drawn.

Today, we know that tattooing as a practice goes back so far because we have physical evidence, mostly in the form of human remains. One of the most famous examples of ancient tribal tattoos is Otzi the Iceman who lived between 3370 and 3100 BC and whose remains were found in 1991 on the border between Austria and Italy. He was covered with 61 tattoos, all of them consisting of horizontal or vertical lines and located on acupuncture points, leading us to believe that they may have been aligned with a medicinal or healing purpose. Otzi’s tattoos were created by tracing charcoal into small incisions.

Similar stories can be told about tattooed mummies found from many different ages in places all around the world, including the Chinchorro Man, who lived between 2563 and 1972 BCE and was found in Northern Chile, the Princess of Ukok, who is believed to have died around 500 BCE in what is now southwestern Siberia, and Amunet, a priestess of Hathor who was found in Egypt and lived during the Bronze Age, around 2000 BCE.

What is consistent among all of these mummies’ tattoos is a strong sense of meaning and symbolism. The Princess of Ukok’s tattoos, for example, were highly ornate, detailed, and pigmented, and depicted mythological creatures. It’s thought that they most likely symbolized things like social status, familial ties, symbols, and philosophies. In general, it is commonly believed that ancient tribal tattoos held ritualistic, sacred, and therapeutic meaning.

Perhaps one of the richest tribal tattoo histories that we know about is that of the Polynesian tradition. A practice with thousands of years in history, Polynesian tattoos can be directly traced as a root of today’s common tattooing practices. Nearly everyone in ancient Polynesia was tattooed.

Because there was no writing in Polynesian culture, the Polynesians used tattoos for many purposes such as indicating status in the hierarchy, sexual maturity, genealogy, and rank. In Tonga and Samoa, tattooing developed into a refined art form.

Tongan warriors were tattooed from the waist to the knees, through a highly ritualistic process with priests that had years of training. Ancient Samoan tattoo artists held a very highly privileged position won only by inheritance. Their tattooing ceremonies were usually attended by friends and relatives as a group of six to eight men was tattooed together.

The symbolism and placement of Polynesian tattoos had a very specific meaning. Tattoos on the head represented spirituality, knowledge, wisdom, and intuition. Upper body tattoos above the navel symbolized generosity, sincerity, honor, and reconciliation, while the area from the thighs to the navel represented energy, courage, procreation, independence, and sexuality.

Polynesian tattoo artists, called tufaga, learned the trade over many years of apprenticeship and used traditional tools called au that were made of sharpened boars teeth fastened together with a turtle shell to a wooden handle. As can be imagined, the tattooing process was highly painful and even dangerous, and the risk of death by infection was not insignificant. Those who survived bore their tattoos as a physical testament to their endurance of a long, painful tattooing session that lasted until dusk and was repeated day after day, for sometimes up to three or four months.

After the end of the tattooing process, men would celebrate with their families by throwing a party during which the tufuga would smash a water vessel at the tattoo bearer’s feet. The healing process took months and people would often need assistance from friends and family to complete simple daily tasks. After only approximately a year would the tattoos be healed completely.

Tragically, the art of Polynesian tattooing was briefly lost in many parts of Polynesia such as Tonga when it was banned in the 18th century because Christian missionaries saw it as barbaric and inhumane. Thankfully, however, it has seen a revival since the 1980s as part of the work of scholars, researchers, visual artists, and tattoo artists. In contrast, the Samoan tattooing tradition, tatau, has been unbroken for over 2000 years and remains strong to this day.

For many years, tattoos were mostly seen on sailors and tradesmen in North America. Although tattooing steadily grew in popularity after the invention of the electric tattoo machine in 1891, it wasn’t until the 1950s and 60s that America saw a Tattoo Renaissance during which tattoos became much more mainstream.

The tradition of tribal tattooing in North America as we know it today was in large part due to an effort by tattoo artists Don Ed Hardy and Leo Zulueta in the 1970s. Hardy’s magazine, Tattoo Times, had a strong focus on tribal tattoos, helping to popularize them. Being of Hawaiian and Filpino descent, Zulueta collected as many photos and drawings of native tattoos as he could, hoping to encourage Native Hawaiians to embrace indigenous tattoo traditions again. Together, Hardy and Zulueta tattooed many people, specifically with tribal tattoos as their main focus.

Today, as tattooing becomes only more and more popular and normalized, the diversity of styles is tremendous. However, tribal tattoos remain a staple of the tattooing world, sometimes divorced from their ritualistic and sacred roots, though often still with respect to and knowledge of them.

The Future of Tribal Tattoos

As we become more conscious of issues such as cultural appropriation and the value of reviving and honoring traditional cultures, it’s likely that tribal tattooing will be more and more connected to its roots. Tattoo artists will learn and even be expected to know about the history and meaning of the tribal tattoos they are creating. People will seek out artists who have heritage from the cultures whose tattoos they are creating, and interest in using traditional tribal tattooing methods with tools like the tattooing comb or au will rise.

According to UK-based tattoo artist Hanumantra, whose work is inspired by his travels to Australia and Polynesia, there is also an interest in going beyond mimicking tribal art to trying to tattoo the tribes of the future. Though this can be interpreted to mean many different things, the core idea seems to be an interest in the advancement and progression of tribal tattoos that take inspiration from ancient practices but seek to innovate, move forward, and create a hybrid style of its own.

Finally, as part of the natural development of tattooing, in which styles are reimagined, mixed, and combined, it’s fair to imagine that part of the future of tribal tattoos may be a combination with other tattooing styles.

Seen as a second home and a place for rest in Polynesian culture, the ocean can represent many different concepts including life, change, continuity, and the afterlife.

In the Marquesan language, human figures are called enata, and in tribal tattoos, they may represent men, women, or even gods, as well as the relationships between people. Placed upside down, enata can represent defeated enemies.

Enata can be tattooed in singular form or joined together. Many enata symbols in a chain holding hands form the motif ani ata, which translates to “cloudy sky,” representing the sky as well as the ancestors guarding their descendants.

With the appearance of a row of triangles, shark teeth, or niho mano, represent protection, guidance, strength, ferocity, and adaptability.

The spearhead is a common motif in warrior tattoos and can also represent the sting of some animals.

The lizard also plays an important role in the Polynesian tradition. Also called moko, lizards are considered to be very powerful creatures who bring good luck, communicate between humans and the gods, and can also bring death and bad omens to disrespectful people.

With a long, rich history and tradition, tribal tattooing is one of the most ancient forms of self-expression that remains alive and well today. It’s highly recommended to understand and honor its roots if you’re interested in taking part in the tradition and getting a tribal tattoo yourself. We hope that this article has helped you to see the beauty and value of tribal tattooing. 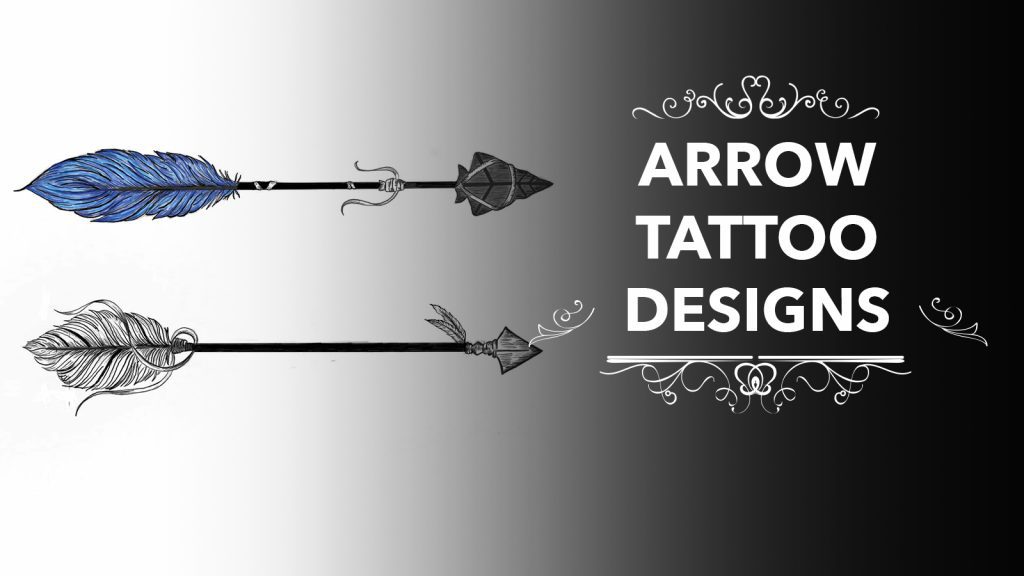 Arrow tattoos were originally based on Native American tribal life hundreds of years ago. The arrow represented an essential tool ... 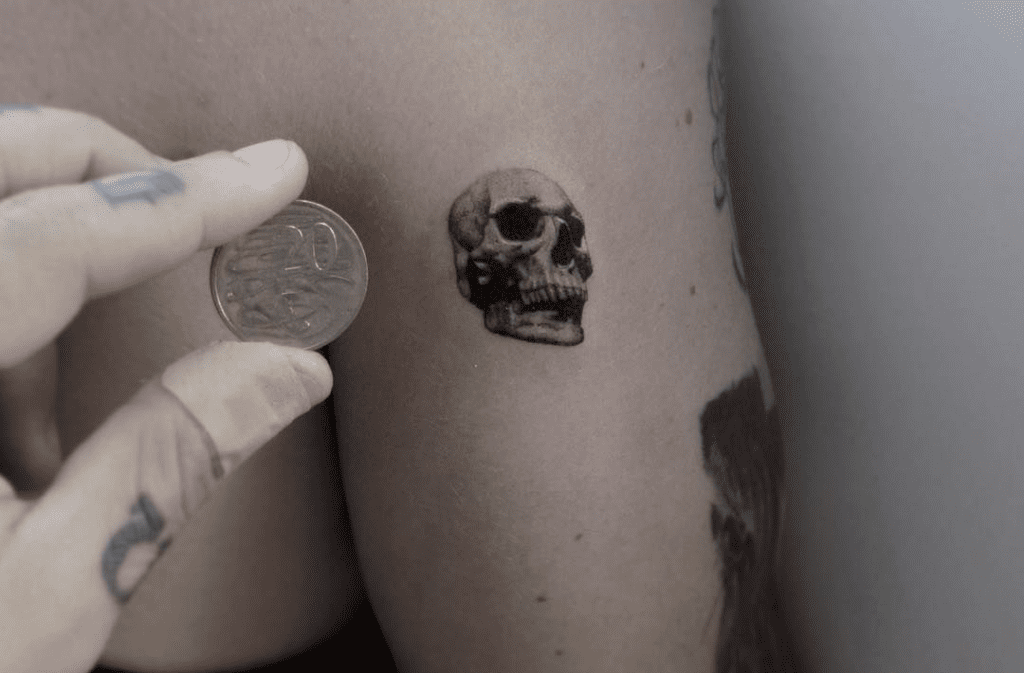 The Beauty of a Simple Tattoo

If you’ve been paying attention to tattoo trends in recent years, especially among women and celebrities, you may have noticed o ...