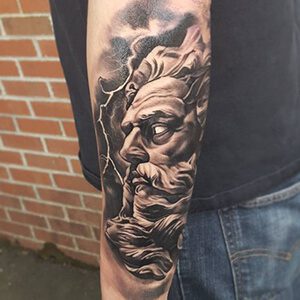 For hundreds of years, Greek mythology has inspired art, from literature to paintings. Lately, Greek gods have become popular tattoo designs. These gods tell the story of the human condition, representing love, fear, bravery, and beauty. Below, we’ve put together an Ancient Greek tattoo dictionary, spelling out the meanings behind each of these godly tattoo designs.

Aphrodite: the Greek goddess Aphrodite is the daughter of Zeus, and she is typically depicted as a nude or partially nude woman, with roses and shells. As a tattoo design, Aphrodite is a symbol of beauty, love, desire, and pleasure.

Apollo: also one of Zeus’ sons, Apollo is often depicted as a young, handsome, athletic man with a laurel wreath and a bow and arrow. As a tattoo design, Apollo represents the arts, prophecy, and knowledge.

Ares: known as one of the least popular gods, Ares represents the chaos of war. As a tattoo design, he symbolizes war, bloodshed, and violence.

Athena: one of the most revered Greek goddesses, Athena is a symbol of reason, wisdom, battle strategy, and peace. This tattoo design is often portrayed with a crown and armed with a shield and a spear.

Hera: the wife and sister of Zeus, Hera is the Ancient Greek Queen of the gods. As a tattoo design, she symbolizes marriage, childbirth, and femininity.

Poseidon: known as the king of the sea and waters, Poseidon was believed to control rivers, seas, floods, and earthquakes. As a tattoo design, he’s often shown holding a trident and with a dolphin.

Zeus: known as the king of the gods and the ruler of Mount Olympus, Zeus was believed to have power over the weather and universal law and order. As a tattoo design, he’s often depicted as a regal man with a royal scepter.

The gods of Greek mythology are very unique: unlike other deities, they embody many deeply human qualities, and they’re prone to human error, making them highly relatable characters. 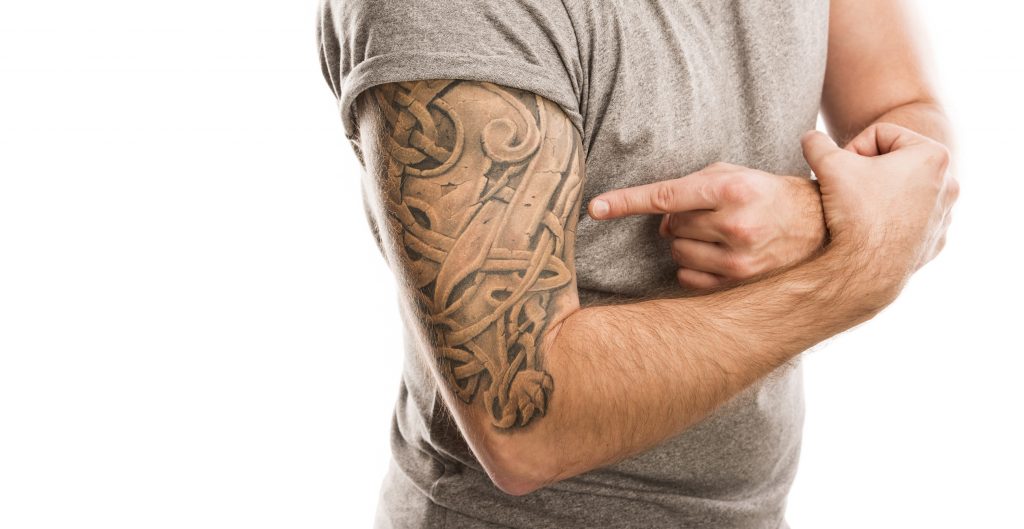 5 Tips for Choosing Where to Put a Tattoo

A few strategies you can use to help you decide the perfect tattoo location! Once people know they want a tattoo, they are faced w ... 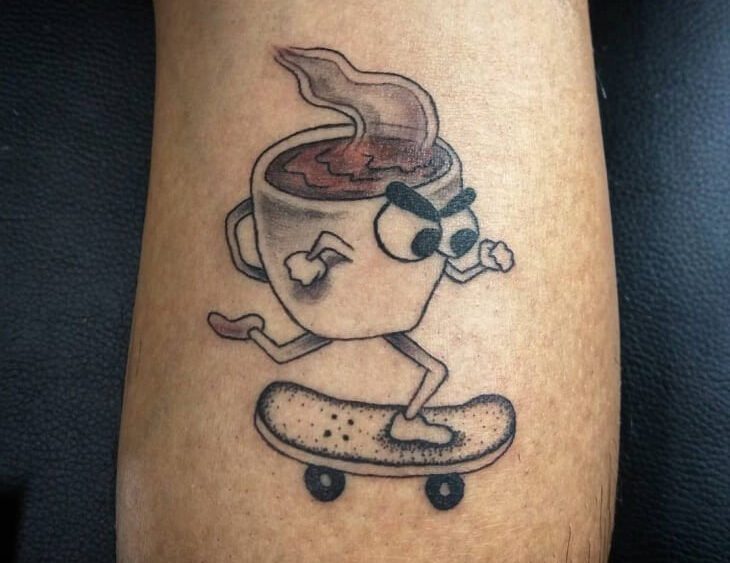 Coffee is the lifeblood of many adults, to the point where some people want to ink their love of java onto their bodies. Don’t b ...