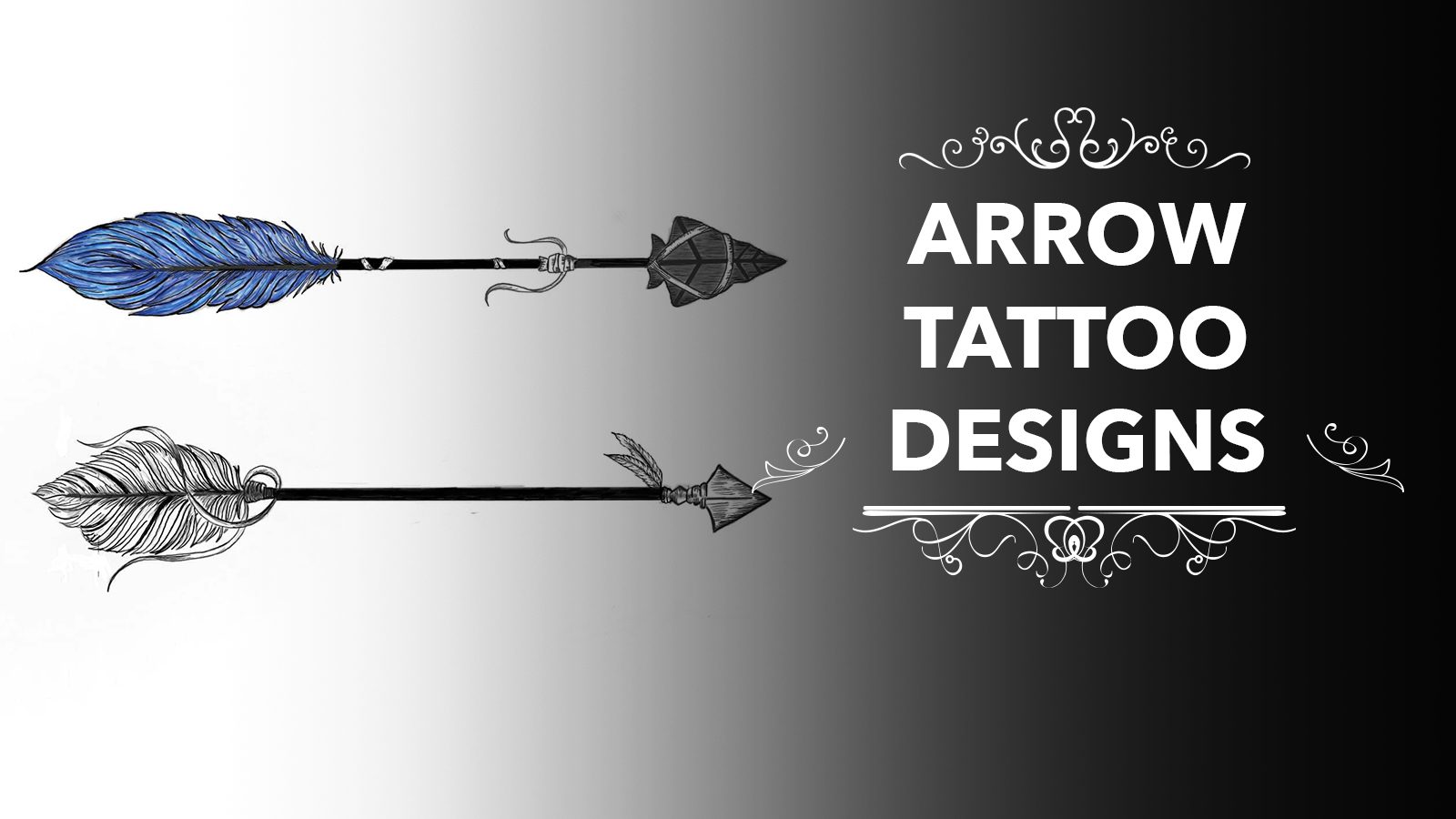 Arrow tattoos were originally based on Native American tribal life, hundreds of years ago. The arrow represented an essential tool in hunter-gatherer communities, serving as a weapon in hunting and in war. Though a simple design, this symbol is extremely popular because of the powerful, positive meanings associated with it. If you’re interested in learning about all of the variations of the arrow tattoo, check out the list of arrow tattoo meanings below!

Arrow on a Bow Tattoo Design:

in tattoo art, an arrow being pulled back on a bow symbolizes conflict, tension or life struggle.

a natural transition from the last symbol, the arrow that has just been released from the bow stands for a positive transition in one’s life- or more generally for moving forward.

a snapped arrow is symbolic of peace or the act of burying the hatchet- that is, putting away the weapon.

originally a representation of one of the five founding tribes of the Iroquois League, a tattoo design that shows a bundle of arrows signifies strength and unity.

this design has an arrow running through one of the compass’ directional points, to represent new direction, signifying anything from a new chapter in one’s life to a new relationship.

Since the diamond is known as one of the hardest, toughest materials on earth, an arrow shaft with a diamond shape on it symbolizes the courage to move forward or invincibility.

a feather through the shaft of an arrow stands for liberty, triumph, and independence.

while most arrows point in the right direction, a tattoo with a left pointing arrow symbolizes the desire to chase something away from you.

a standard arrow design stands for defense or protection from harm.

a tattoo design with two arrows pointing in opposite directions represents war or conflict.

A classic and simple design, the arrow represents many fundamental human values and truths. Whether it stands for harmony, conflict, or personal progress, the arrow is a time-honoured symbol that almost everyone can relate to. If you know of any additional interesting arrow design meanings, let us know in the comment section below!

Tattoo Ideas for Women in 2021

As tattoos grow in popularity year after year, they’re becoming a staple of women’s style, offering a creative and permanent w ...

Although there’s no limit to how creative you can get with tattoo designs, there are some classics that people tend to gravitate ...