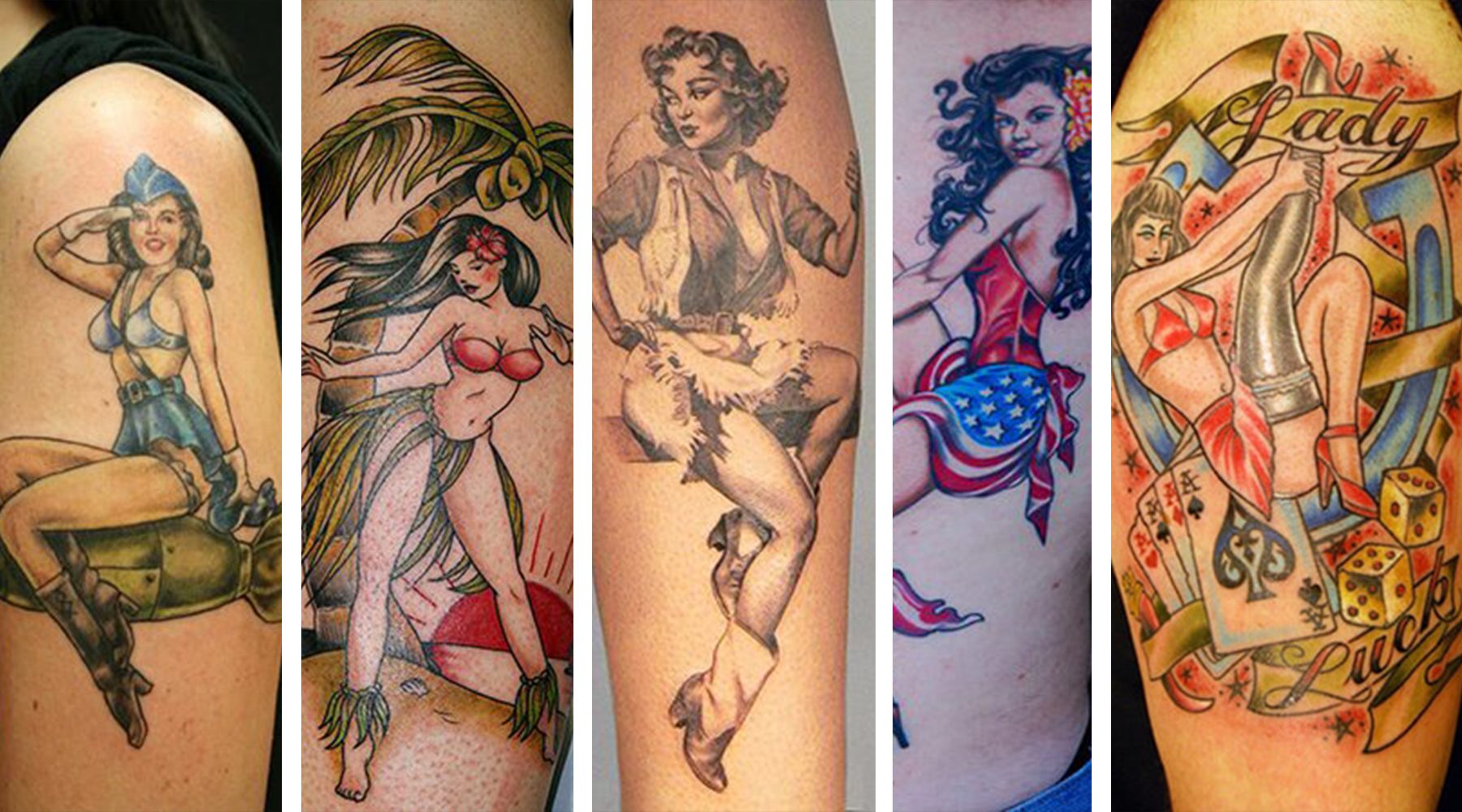 As one of the most explicit expressions of femininity and beauty, pin up girl tattoo designs have generated a lot of interest and controversy. They originated in World War II era, when men from the Navy and Armed Forces went abroad. The name ‘pin up’ came from the idea that men would pin photos or posters of these seductive women on their walls to gaze upon, in months spent apart from real life women. Below, we’ve put together a pin up tattoo design dictionary, spelling out the history behind some of these pretty faces.

the pinup girl who appears wrapped in the star-spangled banner is a symbol of American patriotism. She represents American beauty ideals and pride for the United States.

this pinup girl is a cartoon character styled after a jazz age flapper. Her rounded, youthful features represent virgin beauty.

featured in a film titled, ‘Pinup Girl,’ Betty Grable was an icon for soldiers during the WWII era. Her signature pose showed her back to the camera, flaunting her ‘million dollar legs.’ Tattoo designs of Betty Grable honour one of the most classic American pin up girls in history.

this pin up tattoo design is one of many that depict seductively posed women performing what was believed to be a prototypical ‘man’s job’ in the 1950’s. The cow girl pin up version is unique to the Western U.S. lifestyle, and taps into the attractiveness of beautiful women engaging in men’s hobbies.

this playful version of the pinup girl symbolizes the temptation of women’s beauty.

as one of the most popular sailor jerry pin up tattoo designs, the Hula girl represented exotic women and Sailor Jerry’s love of Hawaii.

this special pinup girl is the ultimate symbol of good luck. She’s most often depicted with horseshoes, playing cards, and dice, alongside diamonds, jewelry, and money.

possibly the most famous American sex symbol, Marilyn Monroe led a full pin up modelling career and had a series of minor film roles. The most iconic Marilyn tattoo design shows her dress blowing up in the wind.

done in American traditional style, Sailor Jerry’s pinup girl tattoos often feature simple, bold contours with faded colour within the black borders. His pin up girls show the extremes and ideals of feminine beauty. These are the images men would take with them when they were apart from women for months at sea.

Despite the public debate surrounding propriety of pinup girls, there’s no doubt that these designs reflect a distinct part of history. Whether the design is realistic or cartoon-like, pin up girls succinctly portray American beauty ideals, and, for many, these seductive figures are considered very aesthetically pleasing. 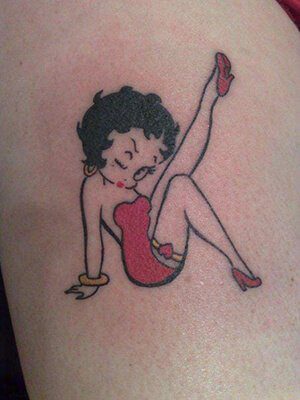 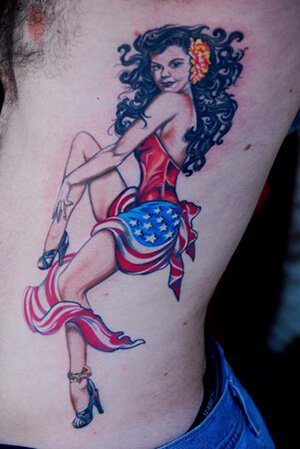 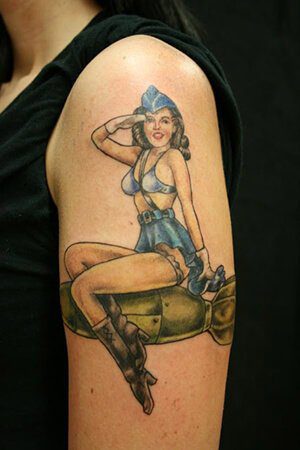 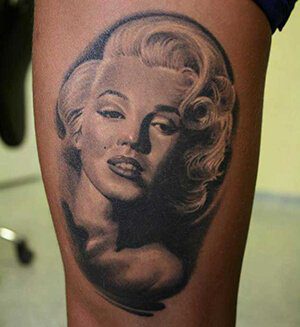 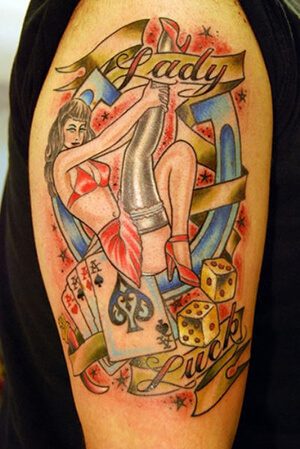 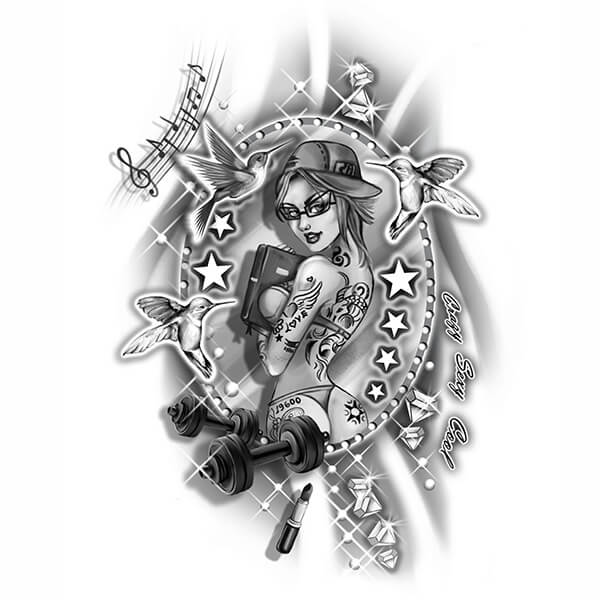 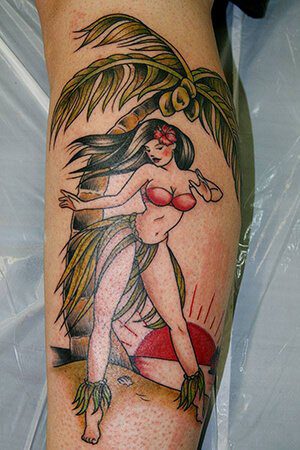 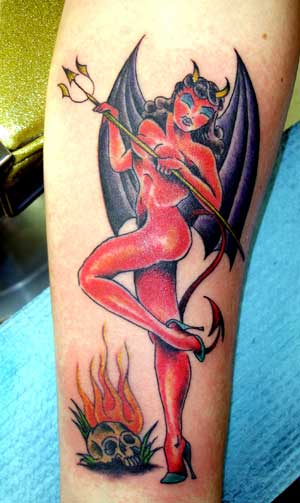 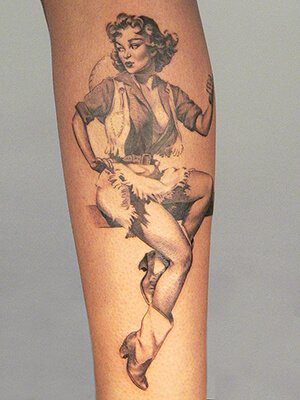 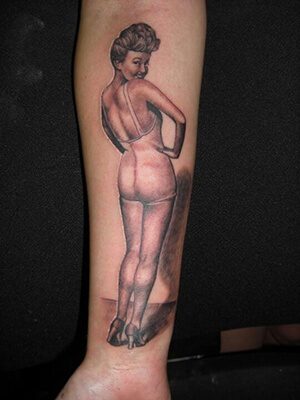