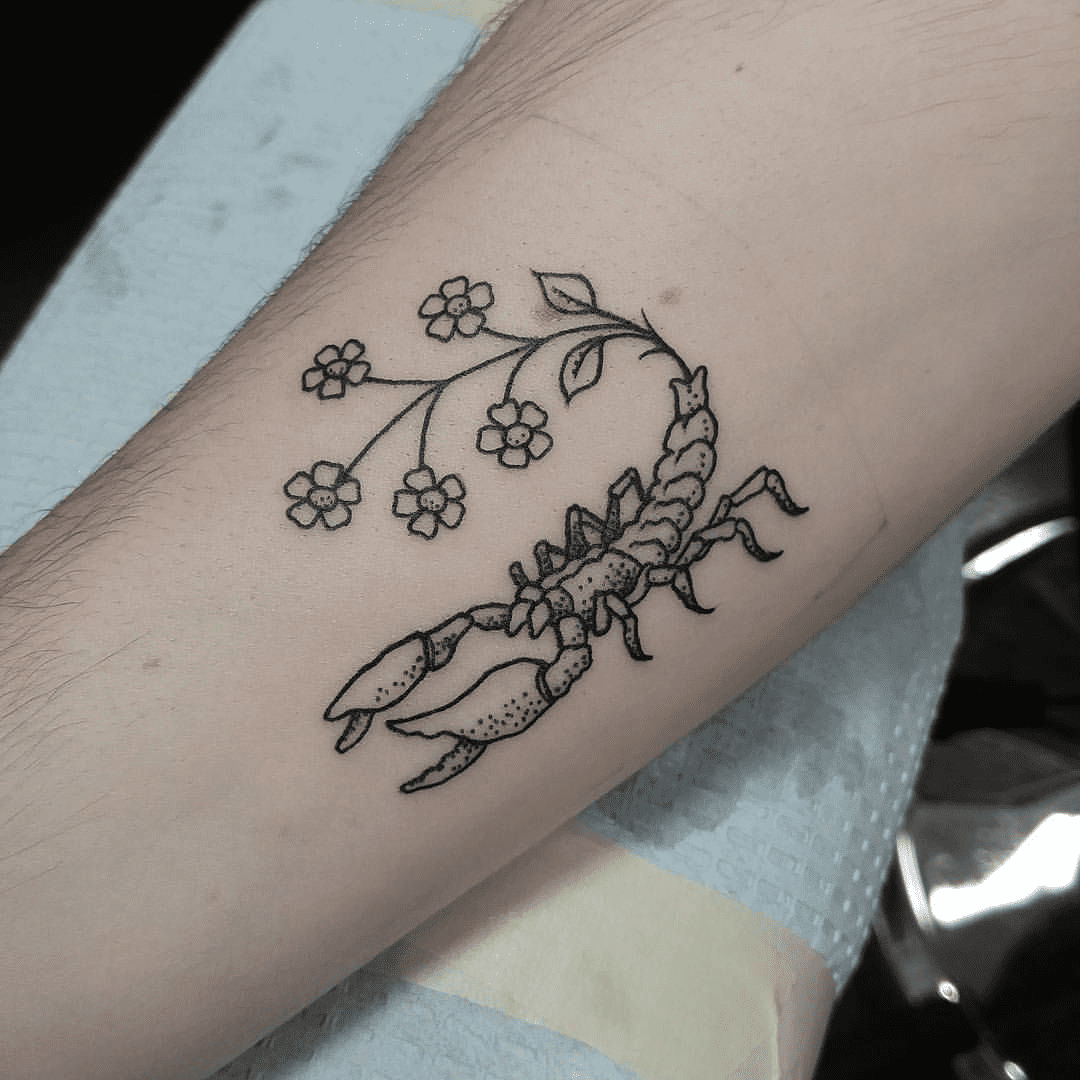 If you’re looking for a tattoo idea that is both universally recognizable while not being cliche, full of attitude and power, look no further. The scorpion tattoo is not incredibly common, but it does have its popularity among certain tattoo enthusiasts, especially men. The tattoo, like with most tattoos taken from the natural world, tends to carry the same associations as the animal that it depicts, the scorpion, which is known for being deadly and fierce. However, it can also bear other meanings, as well, such as its association with the Scorpio zodiac sign. However you choose to view a scorpion tattoo, it is certainly a strong image.

In this article, we’ll give you a full-on, deep-dive guide into scorpion tattoos and their meanings. We’ll also go over styles and placements that work well with scorpion tattoos, as well as other images that complement them well. This is everything you need to know about scorpion tattoos. Let’s get into it.

There are many different potential scorpion tattoo meanings that can be interpreted as related to this symbol. Here are some of the most influential.

The Scorpion as a Symbol of Strength

The most obvious and common associations with a scorpion tattoo are those that are related to the scorpion animal, which is a predatory arachnid famous for its pincers, stinger, and the venom that scorpions use to hunt their prey. Many people fear scorpions, as there are about 25 varieties whose venom can be lethal to human beings. As such, some of the meanings associated with the scorpion include intimidation, fear, toughness, strength, danger, death, defensiveness, and evil.

The Scorpion as a Symbol of Feminine Strength

Although the scorpion tattoo is less popular with women, some women do like it as a symbol of feminine strength, as scorpions are incredibly powerful creatures despite their small size. A scorpion, although small, has no hesitation to fight and protect itself, which many women may find inspiring, as women are often viewed as weaker than men, partly due to their smaller stature.

Another one of the most common meanings attached to the scorpion tattoo is that of the Scorpio zodiac sign, which is the sign of people born between October 23 and November 22. Scorpios are some of the most talked-about of the zodiac signs, known for being devoted, loyal, dignified
sensitive, focused, brave, ambitious, intuitive, sensual, jealous, resentful, secretive, and manipulative.

The Scorpion as a Symbol of Sexuality

One more thing that the scorpion animal is known for is its mating dance, in which the male and female scorpions grasp each other’s pincers and move around while the male tries to maneuver the female. Because of this, the scorpion can signify seduction, sexuality, male sexuality in particular, courtship, arousal, and passion.

The Scorpion as a Protector

The Scorpion in the Gay Community

While this isn’t necessarily widely known and some dispute it, there are those who claim that in the gay male community, scorpion tattoos actually carry a very specific meaning – that the wearer is HIV positive.

The Scorpion in Cuban and Mexican Gangs

Among members of Cuban and Mexican gangs, a scorpion tattoo indicates that the wearer is a contract killer or enforcer. Rumor has it that the number of squares that make up the tail of the scorpion symbolizes how many people that person has killed.

The Scorpion in Mayan Culture

In Mayan culture, the scorpion is a symbol of fire because a scorpion’s sting causes burning pain. It’s also a symbol of the God of hunting as well as surgery, as scorpions numb their victims.

The Scorpion in Buddhism

In Buddhism, the scorpion is a constant reminder of death, harmful action, transformative power, wrath, protection, and empowerment.

The Scorpion in Ancient Egyptian Mythology

In Ancient Egypt, the scorpion was highly venerated, partly as a symbol to the goddess Serqet, who protects the body and the viscera of the dead and accompanies them in their journey to the afterlife. Ancient Egyptians were aware of the dangers and fatalities of the scorpion and used magical spells to get their poison out of the human body.

The Scorpion in Ancient Greek Mythology

In Ancient Greek mythology, the story goes that the giant huntsman Orion boasted to the goddess Artemis and her mother, Leto, that he would kill every animal on Earth. As a result, Artemis and Leto sent a scorpion to kill Orion. Supposedly Zeus raised both combatants to the sky to serve as a reminder to mortals to curb their excessive pride, and that is where we got the Scorpius and Orion’s belt constellations from.

If you’re looking for scorpion tattoo design ideas, here are some of the tattooing styles that look best with the scorpion image.

As we mentioned above, the scorpion done in a tribal tattoo style usually represents protection from evil spirits.

For those looking to lean into the zodiac meaning of the scorpion, it may be appealing to get a minimalist scorpion made with simple lines and minimal shading. This is often a preferred scorpion tattoo style for women, who don’t always want their tattoos to look too intense.

A very interesting take on the scorpion tattoo is to do it in the geometric style, which has been increasingly popular over the recent years, especially for natural world imagery like animals.

Realistic tattooing is always a popular style for animals, which can look very eye-catching and powerful. Realistic scorpion tattoos create a particularly interesting effect, as it may appear as though there is an actual scorpion sitting on your body.

A scorpion tattoo on the hand can have a very intense and confrontational effect, as it puts a symbol as strong and fatal as the scorpion on a part of the body that people not only can see all the time, but that is often used as a symbol of communion, togetherness, and friendliness.

If you prefer to get your scorpion tattoo on a part of your body that isn’t as immediately obvious to the people around you, your ankle might be a good choice. This can be a particularly cool spot to get a realistic scorpion tattoo, as it is where a scorpion might likely crawl onto your body if it were to do so.

Like the hand, a scorpion tattoo on the neck can also create a very powerful impression, as the neck is not only highly visible but also highly vulnerable. Getting a scorpion tattoo here can be a symbol of fearlessness and strength.

If you want to get a scorpion tattoo that is very large in scale, one of the best options for you will be to get it on your back, which is a very large and relatively flat piece of your body that allows for quite sizeable tattoos. Here, you might want to opt for a scorpion tattoo with other elements such as the ones listed below or as part of a larger desert landscape.

The side is a good compromise spot for a scorpion tattoo. Here, you’ll be able to get some of the large scale that the back can offer with the easy to hide quality of a location like the ankle.

If you want to get the full scorpion experience, you might be interested in getting a scorpion tattoo on your chest. Because this is one of the more painful locations to get tattooed in, you might even feel like you’re being stung by a scorpion. A chest scorpion tattoo is easy to hide or show off as you wish, and can symbolize strength.

Some people like to let their pet bird ride around on their shoulders. For those who get a scorpion shoulder tattoo, the effect can almost be like you have a pet scorpion, which characterizes you as a fearless person who is a kindred spirit with one of the fiercest creatures known to man. This is another scorpion tattoo location that works particularly well in a realistic style.

What Works Well with Scorpion Tattoos?

Scorpion and Rose Tattoo
Because scorpions are so tough and roses so beautiful, these pair well together in a single tattoo as contrasting symbols. They also work well together as two symbols of things not being judged by their appearances, as scorpions are intimidating despite their small size and roses can give a painful sting despite their delicate beauty. Both are best admired from afar. Getting a scorpion and rose tattoo might be a way to tell the outside world that you’re complex, that you’re not to be judged, and that people should be careful of getting too close to you.

Because of their burning sting, scorpions are often associated with fire. You can play into this by pairing a scorpion tattoo with fiery imagery such as flames, bombs, smoke, or lightning.

One of the most immediate and obvious associations that people have with scorpions is them as a deadly, dangerous predator. For that reason, it is quite popular for people to get scorpions tattooed with skulls or even skeletons.

Another way to lean into the lethal connotations of the scorpion is to get them paired with a tattoo of a weapon such as a sword or a firearm.

No matter where you choose to get it on your body and what style you prefer, the scorpion tattoo is sure to make you look pretty badass. With its connotations of strength, fatality, protection, and fierceness, this isn’t one for the weak. 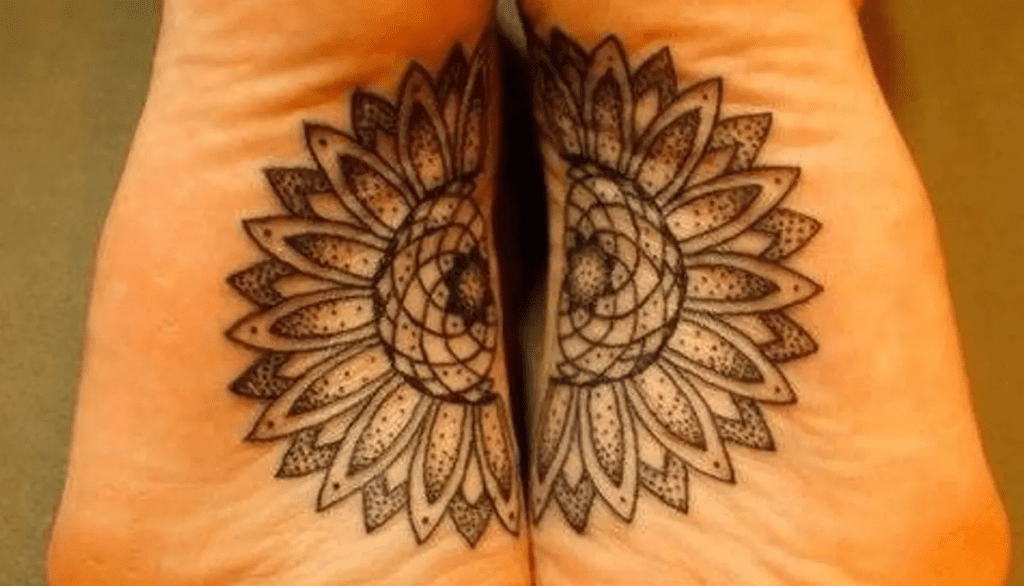 Tips for the Best Foot and Ankle Tattoos

There are a lot of considerations and decisions involved in choosing a tattoo. You have to think about design, color, style, size, ... 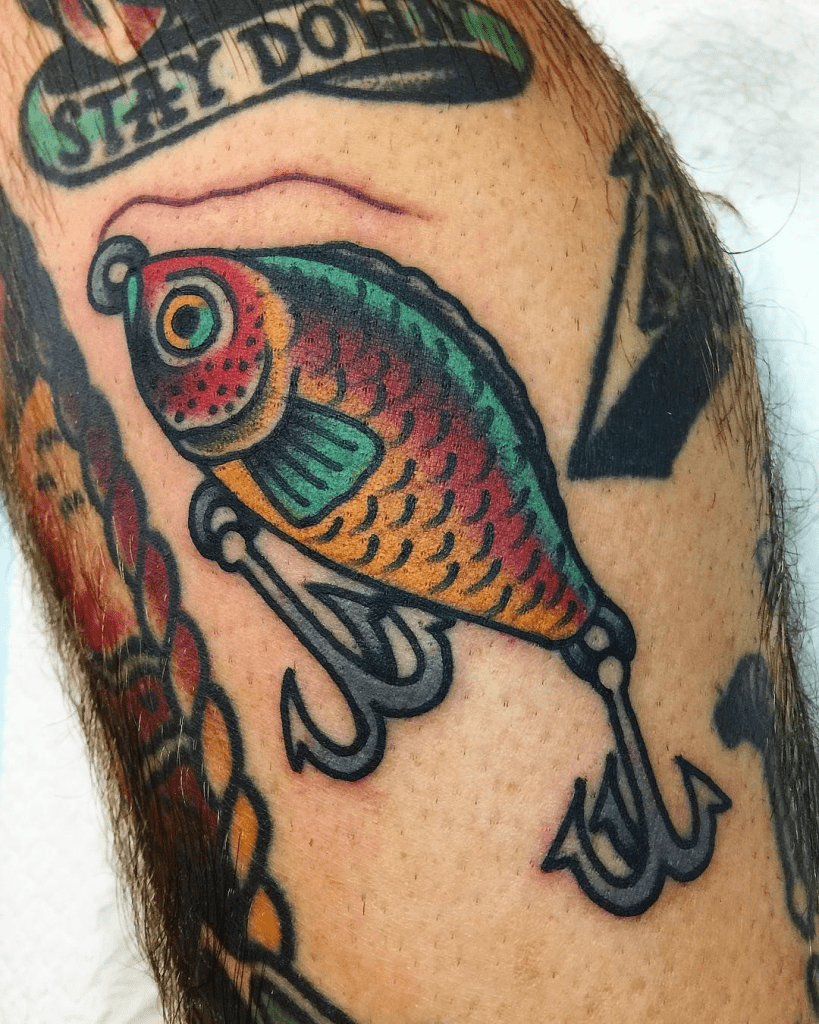 Since the beginning of the practice, tattoos have been used to signify various parts of your identity: your tribe, your rank, your ...