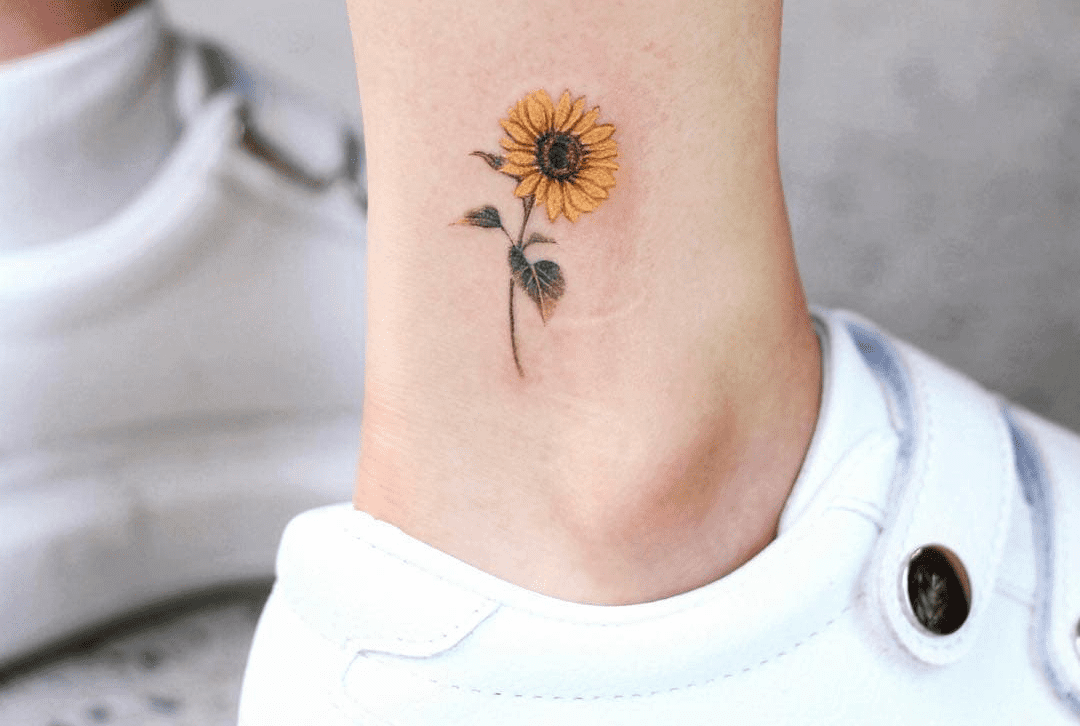 One subject that people tend to turn to again and again for tattoos is nature and natural imagery. In particular, flowers are an incredibly common tattoo design, and there are plenty of reasons why. First, they’re naturally stunning, something beautiful from the natural world that is a part of all of our lives. It’s a universal, simple, but alluring beauty, something that we can’t help but connect to. And because there are so many different types of flowers, there’s an endless number of types of flower tattoos a person can get and meanings they may have.

What Are Sunflower Tattoos?

Also called helianthus, the sunflower is a plant in the daisy family known for its large size, eye-catching numerous yellow petals, sweet name, and delicious seeds. Sunflowers have the nickname they do because of their round shape and yellow, ray-like leaves that make them resemble the sun.

Not only do these plants look like the sun; they also connect with it deeply. Sunflowers are heliotropic, meaning they follow the sun with their head as it moves across the sky. No matter what time of day it is, a sunflower’s bloom is always facing the sun.

Sunflowers can represent many different things to different people, but there are some meanings that they tend to often have. For one, sunflowers are often associated with joy, happiness, positivity, and light. They can also be associated with warmth and a feeling of hope. Of course, the sunflower can also be used to symbolize the sun, as well.

According to Greek myth, there was once a water nymph, Clytie, who fell in love with Helios, the God of the sun. However, Helios abandoned Clytie, riding his chariot off into the sun. Left desolate, Clytie sat and gazed at the sun for nine days and nights until finally, she turned into a sunflower. Because of this myth, the sunflower can be thought to symbolize fidelity and faith.

The sunflower is also particularly meaningful in Native American cultures, in which this flower represented a good and abundant harvest. The Native Americans saw a connection between the sunflower and nature and fertility, so they cherished this plant and even worshipped it.

Ultimately, of course, a sunflower tattoo can mean anything to you that you see in it, including one of the meanings listed above or something more personal and unique to you and how you view the flower.

Sunflower tattoos are incredibly versatile, meaning they can look great on nearly any part of the body and in any style. There are sunflower tattoos of all varieties, ranging from large to small, simple to complex, stylistic to realistic. Some choose to get sunflower tattoos in black and white, but many prefer to go with color, as the distinct yellow color of the sunflower’s petals is one of its most unique characteristics.

Some tattoo styles that work particularly well with the sunflower design include:

Their flexibility as a tattoo object also makes sunflowers one of those types of tattoos that can really look great anywhere on the body. Here are just some locations that are a great fit for the sunflower tattoo.

This sunflower tattoo in the micro realism style looks great on the ankle, where it can bring the wearer a bit of happiness and sunshine in every step. With this tattoo, it’s easy to get off on the right foot!

While it’s unclear where on the body this tattoo is located, it remains a perfect example of why the sunflower is such a great subject for an old school tattoo style. The yellow, brown, and green color palette fits the style perfectly, and the bold lines will make this tattoo look great for years and years to come.

This black and white sunflower tattoo shows that the sunflower design is so recognizable and strong that it can be easy to identify even when rendered in shades of grey instead of with the sunflower’s signature colors. So if you want to get a sunflower tattoo but prefer not to use colors in your tattoos, this is a good example of how you can still pull it off.

This realism sunflower tattoo located on the calf is incredibly impressive art on the part of the tattoo artist, who succeeded in creating a tattoo so realistic that it almost looks like somebody just placed a sunflower on the person’s leg. One other interesting aspect of the design is that the tattoo looks like it’s pointed upward, as though it is turning toward the sun, as sunflowers are known to do.

Done in the dot work style, this tattoo uses lots of dots of various boldness and size in order to create shading and dimension. The diamond outline adds an element of straight lines, which makes an interesting contrast to the organic subject matter of the tattoo.

This sunflower tattoo is incredibly unique, combining the signature yellow petals of the sunflower with galaxy imagery, all surrounding the black hole in the center of the image. It’s a great example of how you can get creative and think out of the box with your sunflower tattoo, ultimately designing it to fit your specific tastes, interests, and the meaning that you want to create. It’s a tattoo that is eye-catching, special, and memorable.

This version of a sunflower tattoo is dainty, feminine, elegant, and unique. Combining what appears to be a single needle script quote as the stem of the sunflower with micro realism leaves and flower creates an interesting, unexpected effect while also allowing the wearer to send the exact message that they intend to with their tattoo. With this one, the meaning and symbolism are clear instead of being something that the viewer might have to guess at.

Combining realism with geometric tattoo style, this sunflower tattoo represents a contrast between nature and the more rational, technological, and scientific side of things. It’s especially interesting the way the straight lines pass both above and below the sunflower, creating a highly dimensional and visually interesting look.

This sunflower tattoo, rendered in a more realistic, black and white style, is remarkable for its interesting placement: half the tattoo on one arm and half on the other. When the arms are placed next to one another, the entire sunflower comes together. This dualistic idea comes into even sharper focus with the fact that each sunflower tattoo is next to one half of a quote that communicates an optimistic message of hope. 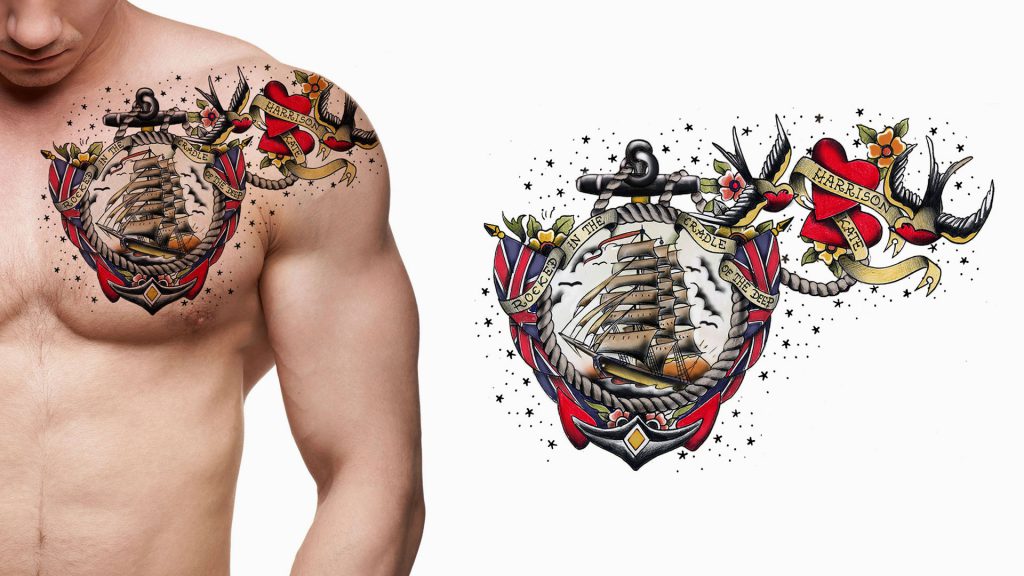 We are Looking for Canadian Retail Investors in Equity CrowdFunding Campaign

Custom Tattoo Design is designing the future of the tattoo industry; creating new technology to improve the customer experience in ... 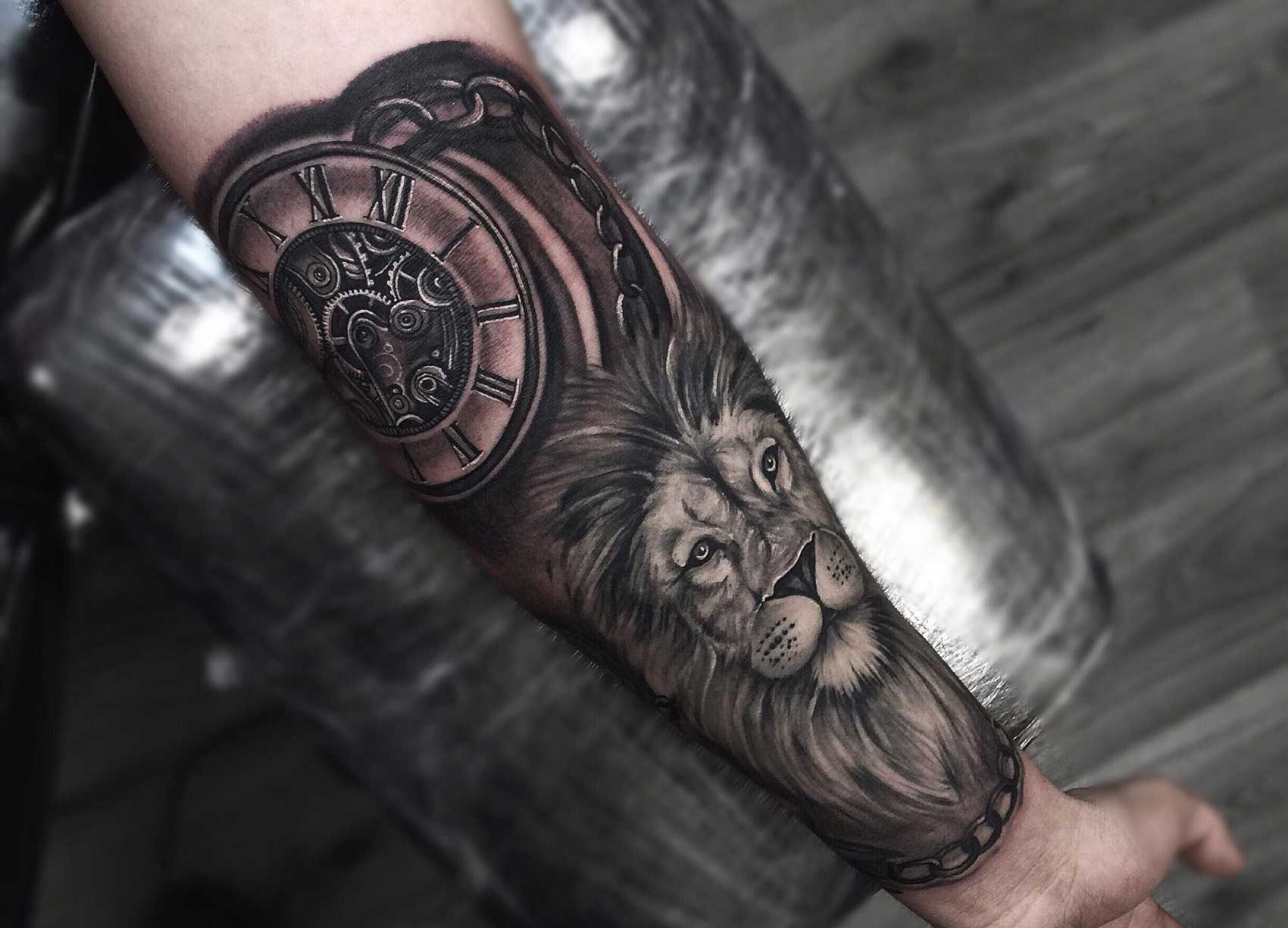 Time is something that we all have in common, and it governs the way we exist. When we try to describe time, we find ourselves stu ...