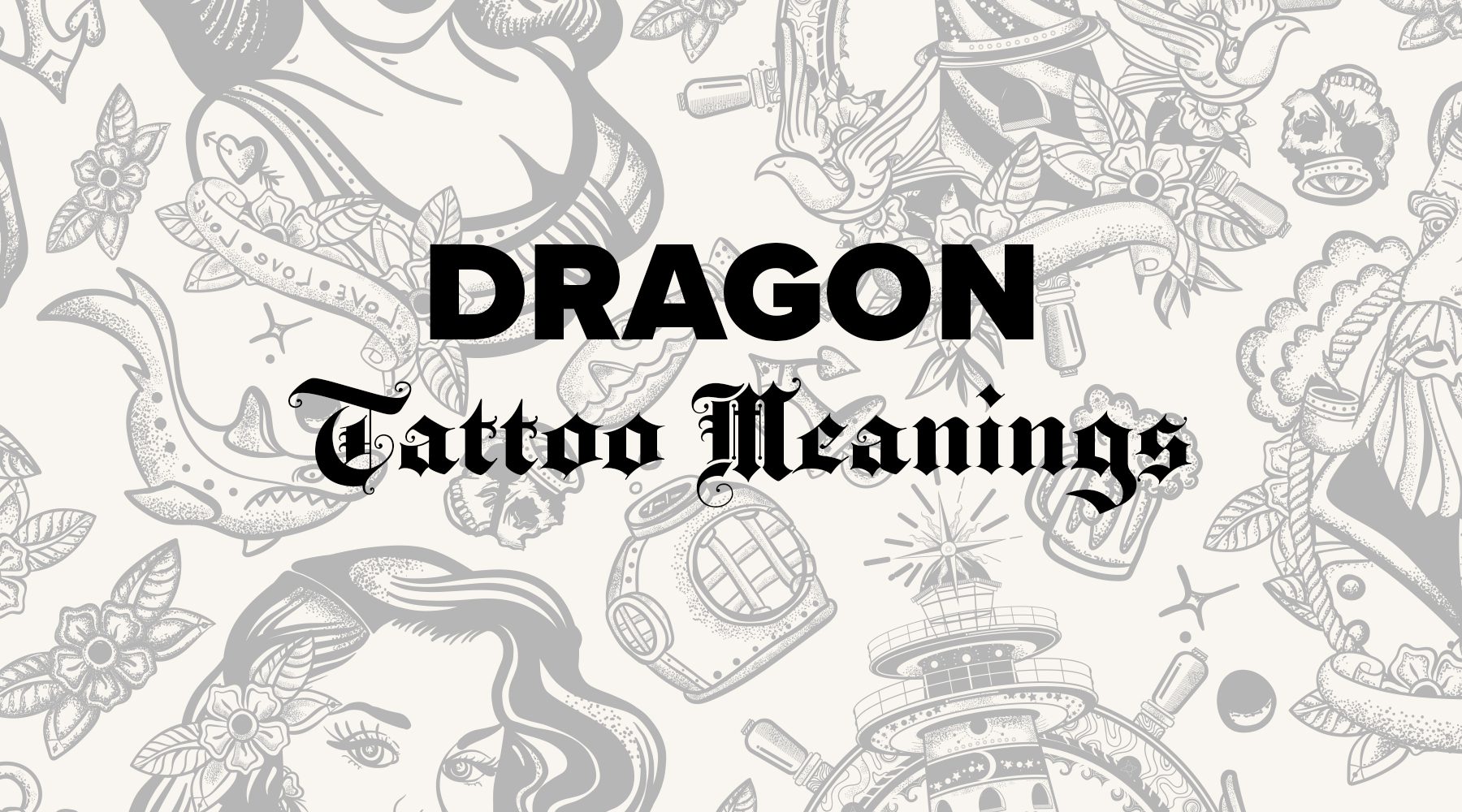 The dragon, derived from the Greek term ‘large serpent,’ was a prominently featured mythical creature in European and Asian folklore. In Europe, dragons were viewed as sinister beasts, slain by knights; in China, the dragon was a symbol of good fortune and prosperity. With their elaborate history, dragons have become popular tattoo designs, and, as a result, a variety of dragon designs have come into existence. If you’re interested in learning more about the meaning behind these dragon tattoo designs, read our list below!

an Asian dragon can refer to either a traditional Chinese dragon or a Jade dragon, and this tattoo design symbolizes wisdom, power, and prosperity. In Japan, dragons are generally known as good omens.

the fairy and the dragon are complements and opposites, and combined into a single design, the fairy dragon is a symbol of the male and female duality in nature.

after the legend of the koi fish who swam upstream and turned into a dragon, the koi dragon has come to represent ambition and persistence.

the moon dragon tattoo design is a unique symbol that embodies the relationship between nature and the sub-conscious. The moon, which influences ocean tides, represents ebb and flow, and the dragon symbolizes primal forces of nature.

a symbol from Ancient Egypt, the Ouroburos Dragon, also known as the Circle Dragon, symbolizes the cycle of life.

a popular symbol for ascension and progress, the rising dragon is a popular tattoo design that also represents the overcoming of adversity.

the sleeping dragon symbolizes potential or strength and power that is dormant.

Dragons are a common symbol for balance and strength, and their intricate designs are undoubtedly eye-catching. These mythical beasts have fascinated people throughout the centuries, and their influence is still felt today.

Protecting Your Tattoo From the Sun

Spring is fast approaching: the days are getting longer, and people are showing more skin. But with the extra sunshine, there’s ...